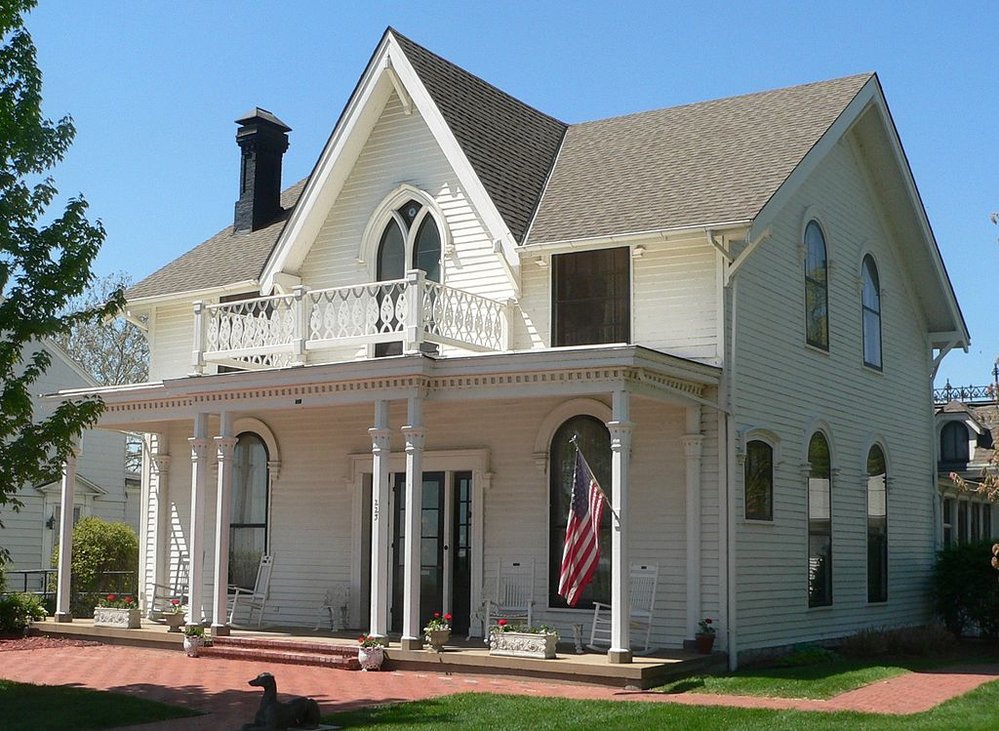 Explore Amelia Earhart's Birthplace, restored to the time period of her life. This site portrays her life and the lives of other women aviators through educational exhibits, activities, and events.

Construction of Amelia Earhart's birthplace and childhood home began in 1861. The wood-frame, Gothic Revival cottage is perched high on the west bank of the

Amelia was born in the home on July 24, 1897 to Edwin Stanton Earhart and Amy Otis Earhart. Amelia's father was a lawyer whose position as a railroad claims agent required him to travel a great deal. Consequently both Amelia and her sister Muriel spent an abundance of their childhood with their grandparents in Atchison.

Despite living in many different cities, Amelia considered Atchison her hometown, having spent more of her life in the Otis home than anywhere else. The Amelia Earhart Birthplace represents the most tangible remaining link with the famous female aviator.

The Ninety-Nines, an International Organization of Women Pilots (to which Amelia not only belonged, but also served as their inaugural president) took possession of the house in 1984. This organization operates the museum.