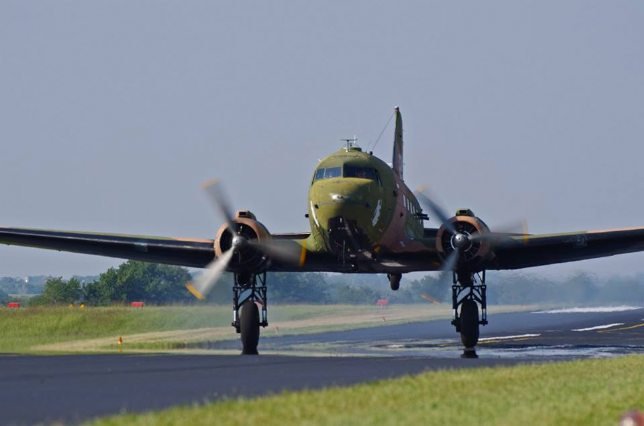 The museum was formed in 1997 with the dream of acquiring historical aircraft to fly and display to the public at events all across the country. In 2000 the founders purchase their first aircraft—a C-47 Gunship, serial number 43-16369. John Levitow earned the Medal of Honor in a Douglas AC-47 Gunship during the Vietnam War. The museum honored him by restoring this plane as the one in which he was a crewmember.

Levitow (Nov. 1, 1945-Nov. 8, 2000) was a United States Air Force Loadmaster who received the Medal of Honor for exceptional heroism during wartime. While flying a night mission, his aircraft was struck by a hostile mortar round. In the aftermath of the resulting explosion, he managed to rid the plane of a burning flare that could have caused further damage to the plane and crew. He is the lowest ranking Air Force member ever to receive the Medal of Honor.

In addition to the restored C-47, the museum has also acquired a British Bac-111, a UH-1H Huey, and three Navions.

A privately owned Grumman C1-A Trader is based at the museum and also goes to Airshows and other events.