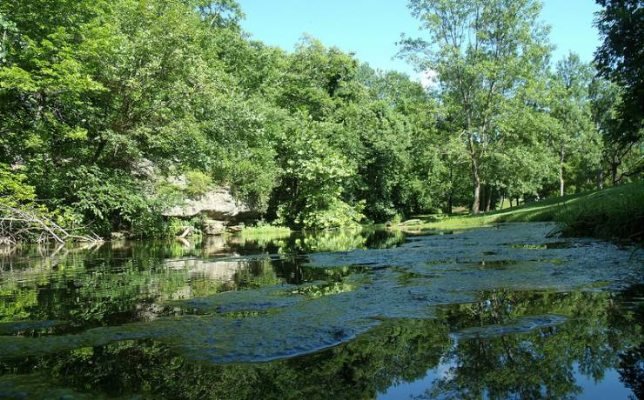 The Battle of Carthage was the earliest full-scale battle of the Civil War, preceding Bull Run by eleven days.

Battle of Carthage State Historic Site contains a quiet meadow and the spring that made the area an encampment for both the Union and Confederate troops during the battle. The area is little changed in its appearance since the battle was fought on July 5, 1861. A few minutes off of Interstate 44, the site interprets the battle that set the stage for a decisive showdown a month later at Wilson’s Creek.

Battle of Carthage State Historic Site preserves only a small area associated with the battle, as skirmishes were spread over 10 miles. The historic site encompasses the Carter Spring area, which remains with little change from its 1861 condition and appearance. An interpretive kiosk explains the events of that hot summer day in July 1861. Group tours are given upon request through Nathan Boone Homestead State Historic Site.