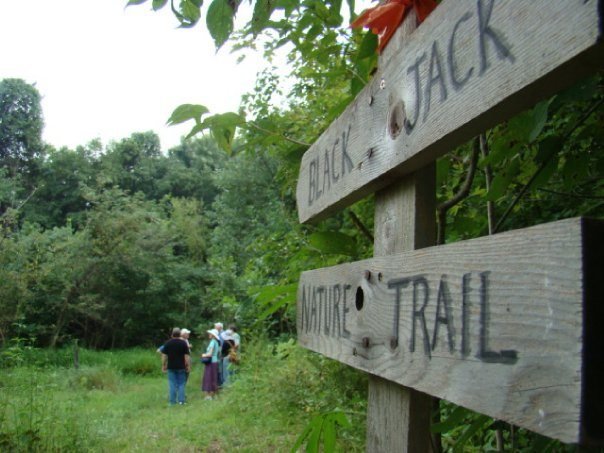 At dawn on June 2, 1856, the abolitionist John Brown and Captain Shore led a Free-State militia in an attack on the camp of a pro-southern militia led by Henry Clay Pate. Pate and his men had been scouring the countryside looking for Brown after he and his men committed the bloody Pottawatomie Creek Massacre and a warrant was issued for his arrest after murdering five men and boys.

The battle occurred at a popular camping ground along the Santa Fe Trail near Black Jack Creek in southeastern Douglas County, Kansas Territory known as the Black Jack Campground. Although Pate’s forces held the superior position and outnumbered those of Brown, he was forced to surrender after three hours of intense fighting, thereby ended what John Brown later called “the first regular battle fought between Free-State and Pro-Slavery forces in Kansas.”

Because Kansas saw the first armed conflict over slavery, and because John Brown identified the Battle of Black Jack as the first such battle in Kansas, many consider it to be the first battle of the American Civil War. The battlefield is now a National Historic Landmark.

In addition to the site of the Battle of Black Jack, the Black Jack Battlefield and Nature Park includes the historic Robert Hall Pearson House and Farmstead. Pearson fought alongside of John Brown toward the end of the battle, eventually purchasing the land and building his house overlooking the Battlefield in 1890. His descendants lived in the house until the property was purchased by the Trust in 2003.

The Park also contains the Black Jack Nature Trail and prairie restoration area, and is adjacent to the Ivan Boyd Prairie Preserve.