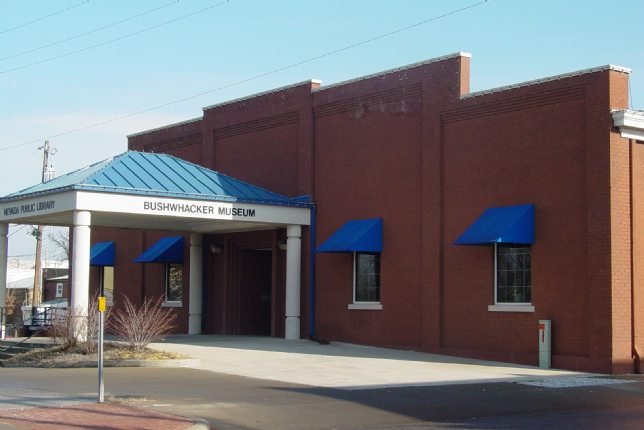 The Bushwhacker Museum opened in 1965 in the former Vernon County Jail and Sheriff’s home on North Main Street, a building once described as a “dungeon of medieval malevolence”. The jail had such a bad reputation prior to its closing in 1960, that some prisoners supposedly preferred to spend time at the Missouri State Penitentiary in Jefferson City. The name of the museum hearkens back to the Civil War days when the town of Nevada City was nick-named the “Bushwhacker Capital”. The museum was named after the much feared and often colorful pro-Southern guerrilla fighters known as “Bushwhackers”.

In 1997, the Bushwhacker Museum moved to the renovated Moss Building where it quickly grew to include exhibits on Osage Indians, Cottey College, railroads, State Mental Hospital #3, county schools, agriculture, and local medicine.

As a comprehensive regional history museum and genealogical research center, the Bushwhacker Museum serves the local community as a gathering place and a prominent attraction for tourists eager to learn more about the history of the Civil War in Missouri.