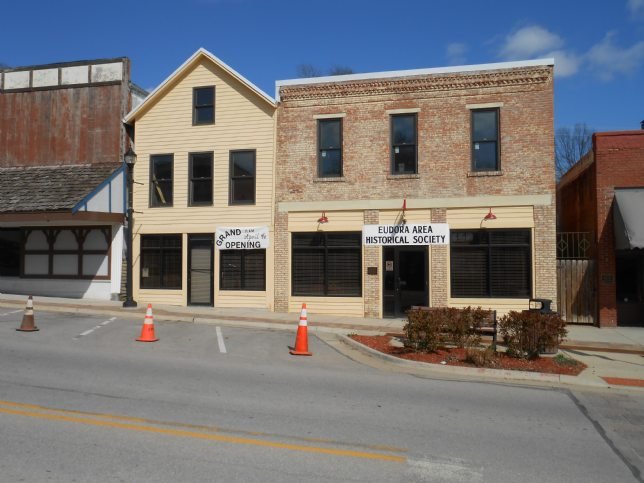 The Eudora Area Historical Society preserves and maintains the history of the city and township of Eudora and the surrounding communities of Clearfield, Fall Leaf, Hesper, Prairie Center and Weaver.

The EAHS also maintains an extensive archival collection. The Archives are open to the public during the standard hours of operation. Collections within the Archives include virtually all Eudora based newspapers since the 1890s, thousands of photographs, yearbooks, correspondence, genealogy and books relating to Eudora and Kansas history.

Call or email EudoraHistory@gmail.com to schedule a tour.