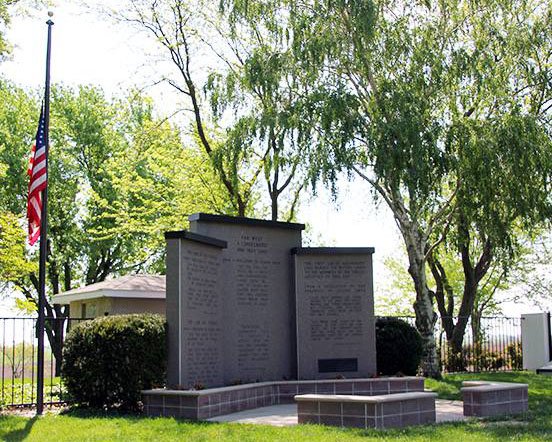 Far West was a settlement of The Church of Jesus Christ of Latter-day Saints in Caldwell County, Missouri, United States. It is recognized as a historic site by the U.S. National Register of Historic Places. The site recognizes the cornerstones set in place for a temple, before Latter-Day Saints were driven out of Missouri in the late 1830s.

Far West grew to become the principal Mormon settlement in Missouri following the Saints’ displacement from Clay and Ray Counties beginning in mid-1836. At the time of Joseph Smith’s arrival in 1838, Far West had a population of 4,900 with “150 homes, four dry goods stores, three family groceries, several blacksmith shops, two hotels, a printing shop, and a large schoolhouse that doubled as a church and a courthouse.”

Throughout the summer of 1838, the Saints continued to gather to Far West, and other Mormon settlements in northern Missouri. In accordance with the command to build up Far West, on July 4, 1838, cornerstones were laid for a temple in that community. However, the peace and abundance the Saints enjoyed in northern Missouri was short-lived. Simmering mistrust and suspicion between Missourians and Latter-day Saints erupted violently in August 1838.