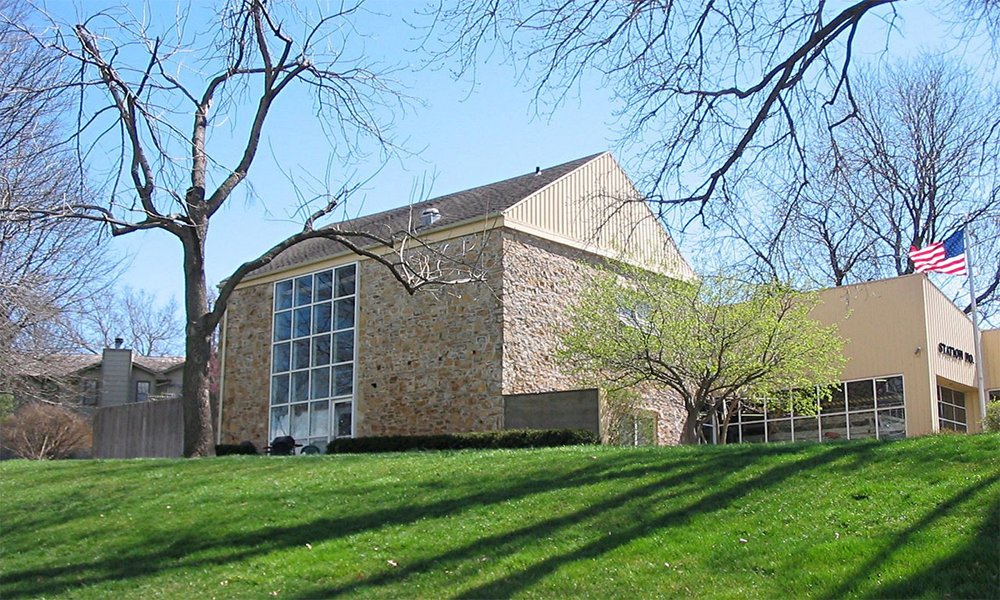 Joel Grover was born in 1825 in New York. He came to Kansas Territory in September 1854 in the 2nd party of emigrants from the New England Emigrant Aid Company. He claimed a 160-acre homestead, which he named Prairie Home, located about three miles southwest of Lawrence, in Wakarusa Township, Douglas County, Kansas Territory.

In 1855, Emily Jane Hunt, daughter of George W. Hunt, an anti-slavery pioneer, arrived in Kansas Territory. She had been born in 1839 in Massachusetts. She had come to the Kansas Territory in the company of Charles and Sara Robinson. Emily became active in the Free State cause.

Through their Free State activities, Joel and Emily met, and on October 13, 1857, they married. They took up residence on Joe’s claim southwest of Lawrence. Both Joel and Emily were staunch abolitionists, and they went to work in the Underground Railroad network that formed in the territory, using their farm as a station.

THE FREEDOM SEEKERS, JOHN BROWN, AND THEIR JOURNEY

On December 19, 1858, Jim Daniels, who was selling brooms in southeast Kansas Territory, sought the aid of abolitionist George Gill to free his family from slavery in Vernon County, Missouri. Gill alerted the noted abolitionist John Brown, and the next night, Brown and his men entered Vernon and Bates counties, Missouri, and helped liberate the four members of the Daniels Family and seven other enslaved people from three farms, including one owned by David Cruse.

“…Capt. Brown wanted to know if we wanted to be free and said he’d take us where we would be free.” — Jane (Barton) Harper, one of the freedom seekers, in an interview by Wilbur H. Siebert at Windsor, Canada, 1895.

The group fled into Kansas Territory and then carefully traveled north, moving mainly at night to avoid being spotted by slave catchers who were known to be looking for them. One freedom seeker drove a wagon, and the group stopped at safe houses along the way.

In early January, near Garnett, Kansas Territory (K.T.), Narcissa Daniels, Jim’s wife, gave birth to a free-born son, who the parents named John Brown Daniels. Brown insisted that the group not move to the next station until Narcissa regained her strength, because “I would no more endanger a poor negro woman than a Princess of the Realm.”

After the freedom seekers left the Garnett area, they sheltered in the home of John Brown’s half-sister and brother-in-law, Florella and Samuel Adair, near Osawatomie, K.T., and the home of Native American abolitionist, John “Tauy” Jones, near Ottawa, K.T.

Brown intended for the group to travel to Lawrence and take shelter with the Grovers, so he and several of his men made a trial run to Lawrence. On January 14, 1859, he spent time with the Grovers to make plans for the arrival of the now twelve freedom seekers.

“I am now three miles from Lawrence with Old Brown as they call him. We are looking out a railroad route establishing depots & finding watering places. Our road is a long one, terminating in Canada. . .” — From a letter by abolitionist Jeremiah Anderson to his brother, John Anderson, while visiting the Grover farm with John Brown.

“January 14, 1859, 3 PM”. . . “Joel has gone to town, [his] wife down stairs cooking and Old Captain John Brown is sitting near me reading the Lawrence Republican. . .There is a young man with him [Jeremiah Anderson]. Both are armed to the ‘teeth.’ ” — Samuel P. Reed, a hired hand staying with the Grovers, in a letter to his sister.

The group arrived at the Grover farm sometime around the third week of January 1859, and the freedom seekers took shelter in the newly completed stone barn. Independent accounts by Samuel P. Reed, George B. Gill, Dr. John Doy, and Annie Soule Prentiss all confirm the group’s stay at the Grover Barn and John Brown’s involvement. This rich documentation gives the barn its national significance in Underground Railroad history.

“The colored folks cooked food, a supply of provisions, mostly obtained through the generosity of the Grovers and Abbotts.” — George B. Gill at Grover’s barn in late January 1859, in Richard J. Hinton, John Brown and His Men.

During their stay at the Grover farm, John Brown went into Lawrence, sold the oxen, and bought horses and provisions for the next leg of the trip.

Accounts differ on how long the group stayed in the Grover Barn. Still, according to Samuel Reed, an eyewitness who recorded his information as it happened, they left the Grover farm on January 24, 1859.

On the evening of the departure, John Brown met with abolitionist Dr. John Doy. The latter was leaving on his Underground Railroad journey to Holton, K.T., with thirteen freedom seekers.

After leaving Lawrence, the freedom seekers, led by John Brown, traveled to Topeka, K.T., then to Holton. North of the town, the group encountered more than forty proslavery men dug in on the far side of a creek whose intent was to capture the freedom seekers and return them to slavery. Brown announced, “The Lord has marked out a path for me, and I intend to follow it. We are ready to move,” and began advancing on the creek. John Brown and his men neared the stream, and without anyone firing a shot, the proslavery men suddenly all broke into a wild panic, abandoning their positions along the creek and charging towards their horses that, in turn, were spooked by the charging men. The men desperately mounted the frightened horses and used their spurs to encourage their mounts to get them as far away from John Brown as they could. The incident has been called “The Battle of the Spurs,” as those were the only weapons used that day.

The party of freedom seekers crossed the creek. They proceeded into Nebraska Territory, which ended John Brown’s last visit to Kansas. The journey was not over, though, and the group stayed a night at an Otoe Indian settlement near Nebraska City before crossing the Missouri River into Iowa on February 4, 1859. While in Iowa, Jane Barton married fellow freedom seeker, Sam Harper, who was 18 at the time.

They continued east across Iowa in February and March, stopping at several stations, including Tabor, Grinnell, and Springdale, where they spent about two weeks. At nearby West Liberty, the group was provided with boxcars to ride to Chicago, where Detective Allen Pinkerton arranged for the freedom seekers to ride on to Detroit. On March 12, 1859, John Brown watched as the twelve freedom seekers crossed the Detroit River to freedom in Windsor, Ontario, Canada.

After seeing the twelve freedom seekers cross the Detroit River to freedom in Canada, John Brown began work on a plan that would recreate the successful rescue but on a national scale. Six months later, this would culminate with his raid on Harpers Ferry, Virginia, in October of that same year.

Not long before that, Brown had observed, “No, the war is not over. It is a treacherous lull before the storm. We are on the eve of one of the greatest wars in history, and I fear slavery will triumph, and there will be an end of all aspirations for human freedom. . .” — John Brown, in an interview with William A. Phillips, 1859.

AFTER JOEL AND EMILY GROVER

Joel and Emily Grover reared a family of eight children. Grover also held county and state offices. When Joel Grover died in 1879, the family retained ownership of the land and kept the farm in operation for more than 70 years. Following Emily’s death in 1921, two Grover sons farmed the land until they died in 1953. Over the next decade, the property was owned by the Edgar and Dorothy Salsbury family. Bernard “Poco” Frazier, a sculptor, purchased the Grover barn in 1963, using it as his studio. The area that encompassed the original farm was subdivided into residential lots in 1967. A large portion of the 80-acre property was donated to the City of Lawrence. It became Holcom Park in 1976, the same year that Frazier died.

Due to efforts led by Mayor Barkley Clark, in 1980, the City of Lawrence acquired Lot 20 in the Springwood Heights subdivision, which included the barn. Significant alterations were made as the structure was repurposed for use as Fire Station #4 that opened in 1983. An earlier addition to the east was removed, and a new addition was constructed to the south of the building. The large barn door opening on the north was enclosed with a large window. As the city’s westward growth required a larger facility, the City of Lawrence ceased using the building as a fire station in 2006. The city then used the building for police equipment and vehicular storage.

In 2017, a citizens group called the Guardians of Grover Barn was organized and began to work with the City to preserve the barn and promote its history.

Though modified over time, the stone walls and wooden beams of the original territorial period structure remain. Today, the barn stands as a nationally significant legacy of the pre-Civil War Underground Railroad network in Kansas. It offers an opportunity to experience a place where John Brown and freedom seekers risked their lives in pursuit of freedom.