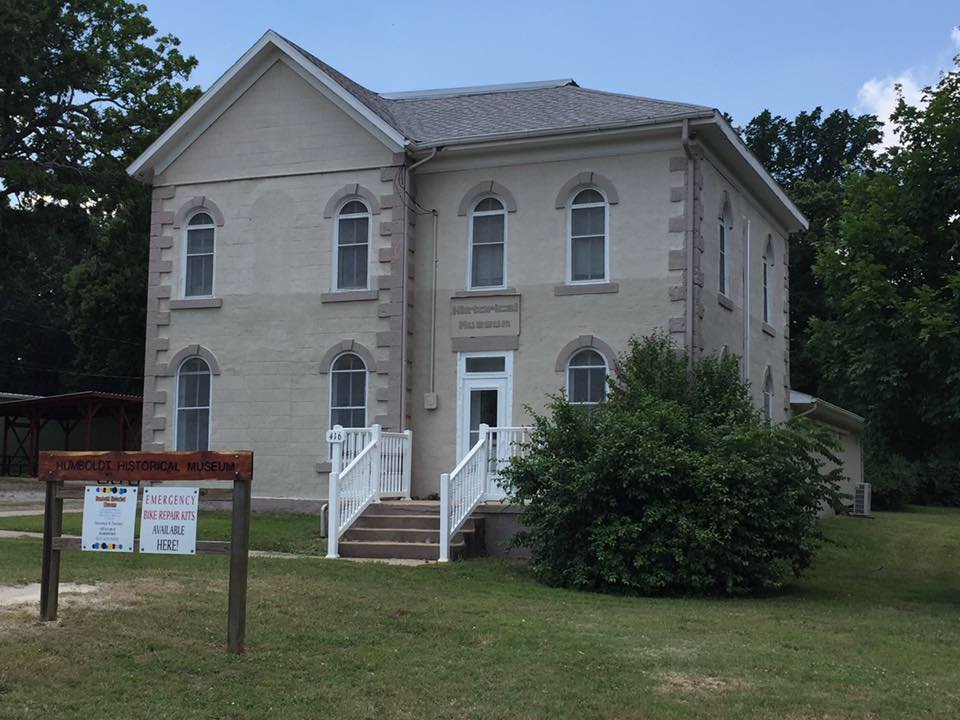 On the museum grounds sits a one-room schoolhouse, a replica of Fairview School, originally located just East of Humboldt. Within are civil records of the area, as well as pictures and society interest pieces from times past.

The main showcase is the museum's turn-of-the-century house. Built between 1867 and 1875, this all-original construction holds many displays and exhibits, and an additional wing attached to it which contains several other collections, including a working textile loom.

Other exhibits focus on baseball players Walter "The Big Train" Johnson, and George Sweatt, born in Humboldt in the late 1880s.

In 1907, Johnson signed with the Washington Senators. He played for the team for 20 years. The team won the 1924 World Series. In 1936, Johnson was among the first players voted into the Baseball Hall of Fame. In 2000, The Sporting News voted Johnson the fourth greatest baseball player of all time, behind Babe Ruth, Willie Mays, and Ty Cobb.