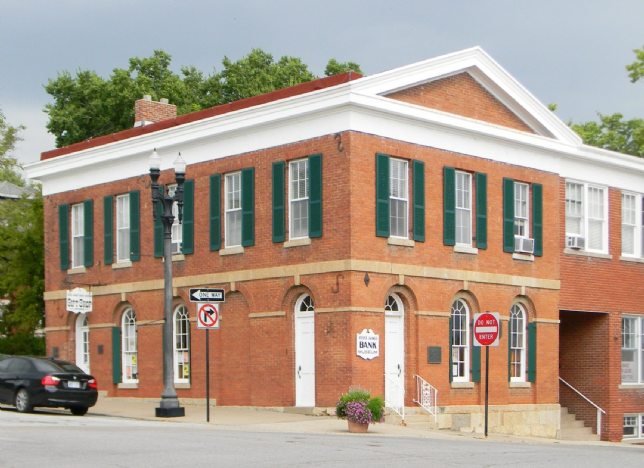 Get a tour of the bank where the nation’s first successful daylight peacetime bank robbery took place.

The Jesse James Bank Museum, located on the historic square in Liberty, Missouri, was the site of the nation's first successful daylight peacetime bank robbery. While the robbers were never caught, the crime was attributed to the infamous James Gang. Visitors will see the bank as it was in 1866.

It was a cold and snowy February afternoon when a group of horsemen rode into Liberty, Missouri. After a short time, gunshots broke the winter silence as the men rode off with their loot, leaving one young college student dead and the town in shock.

Period furnishings fill the room and one becomes immersed in the story of the robbery as told by the bank teller. As you peer into the original green vault you can imagine the fear felt by the poor, distraught banker and his son, a consequence of the robbery. Among the furnishings, a rare Seth Thomas clock, one of only two known to exist, hangs on the wall set for the exact time and date of the robbery, February 13, 1866. Many photographs and other documents are on display.