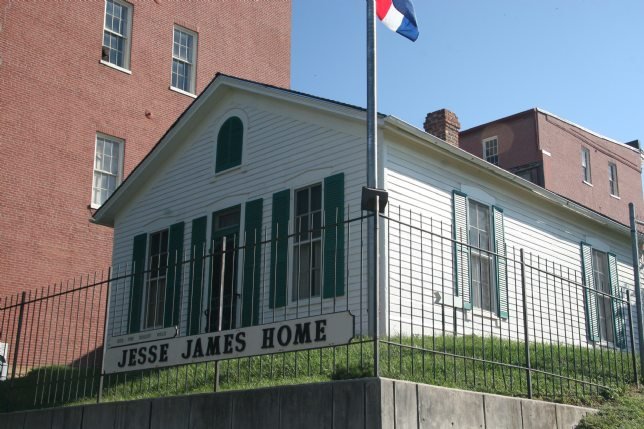 See where James’s career as an outlaw ended.

Located around the corner from the Patee House Museum on 12th Street, the Jesse James Home is the location at which infamous outlaw Jesse James was shot and killed on April 3, 1882.

At age 34, James had been an outlaw almost half his life. He was shot by fellow gang member, Bob Ford, to collect a $10,000 reward. The bullet entered behind his right ear and—some believe—came out over his left eye, leaving the legendary bullet hole.

The museum features artifacts from Jesse's life and death, as well as those of Frank James and the Ford brothers. Also in the museum is evidence from the 1995 exhumation, which proved with 99.7% certainty that the person killed in this house was, in fact, Jesse James.