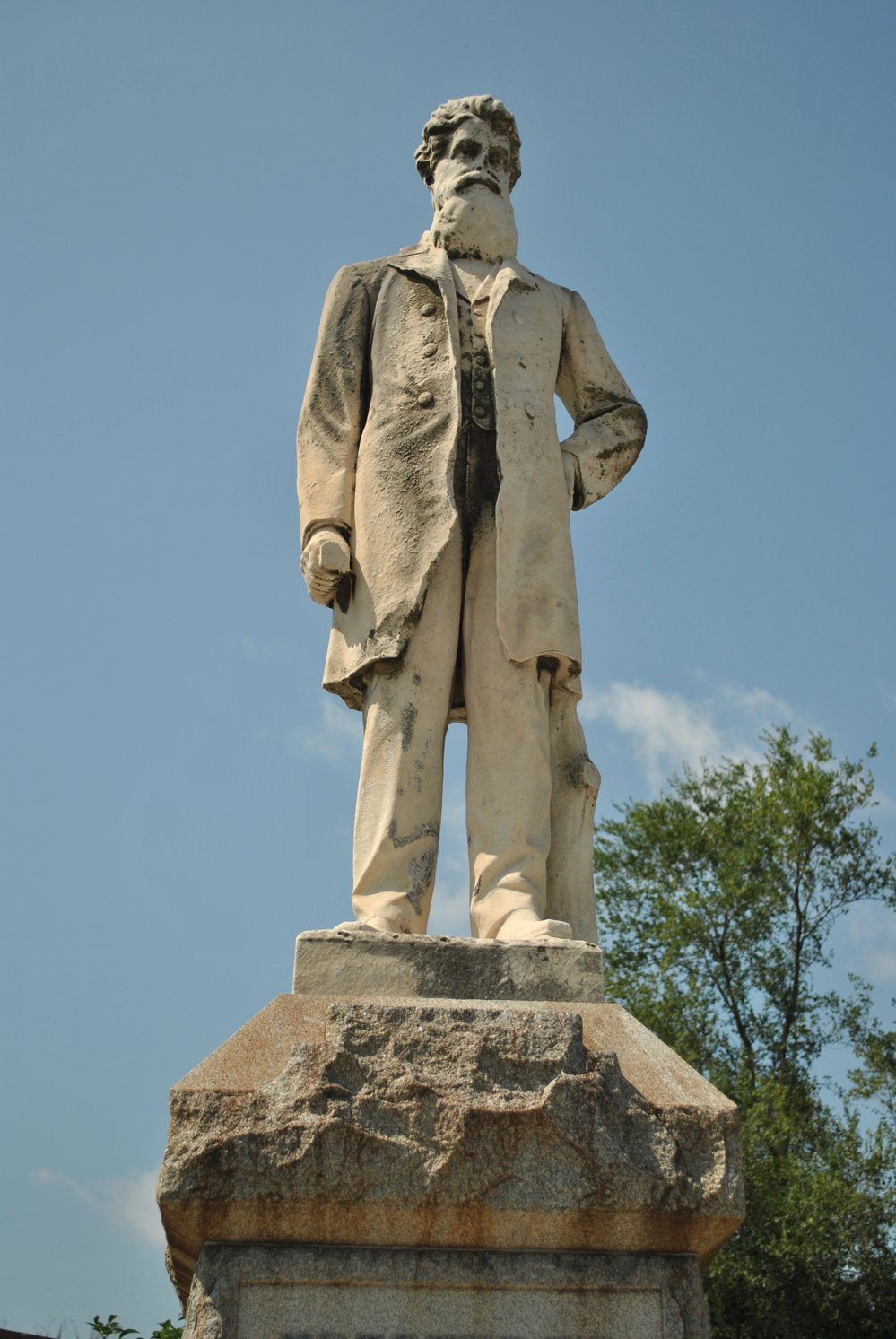 The John Brown statue at Western University, located at 2899 Sewell Avenue, was dedicated on June 8, 1911. Rev. Abraham Grant of the African Methodist Episcopal Church lead the fundraising effort to build the monument, which cost $2,000.

Brown was an anti-slavery crusader who played a prominent role in the Bleeding Kansas conflict of the 1850’s. He was executed in 1859 after his failed raid on Harper’s Ferry in Virginia. This statue was the first memorial dedicated to John Brown in the US.

Western University once stood behind the statue. Originally named Quindaro Freedman’s School, it opened in 1865 and taught the children of escaped slaves and black families in the area. It was the first all-black school West of the Mississippi. After a brief closing, the school reopened as Western University under the leadership of Rev. Adams and the African Methodist Episcopal Church. Western offered a variety of majors and their music program was considered one of the best schools for black students in the Midwest during the early 1900’s. Funding and students sharply decreased during the Great Depression, however, and the school closed in 1943. A few cornerstones and the John Brown Statue are all that remain.