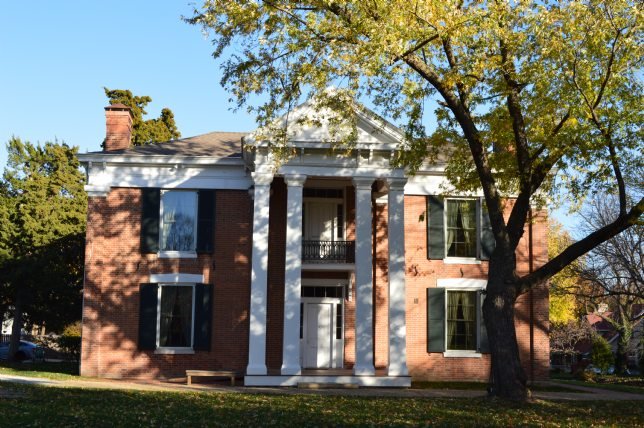 The John Wornall House was built in 1858 by the prosperous farmer and prominent Kansas Citian John Bristow Wornall. Significantly, the House served as a Civil War battlefield hospital for both Union and Confederate soldiers during the Battle of Westport.

The John Wornall House Museum truly tells the story of the mid-nineteenth century on the Missouri/Kansas border. In 1858 John B. Wornall built this elegant home on his 500-acre farm on the Missouri frontier. Listed on the National Register of Historic Places, the home is now one of the few surviving antebellum homes in Kansas City, and has been accurately restored with Civil War-era furnishings and decor.

During the 1864 Battle of Westport, both Confederate and Union armies occupied the sturdy brick farmhouse and used it as an emergency field hospital. The home was at the crossroads of much violence during the Border War period, and the family was harassed by both Union and Confederate soldiers and guerillas.

Visitors to the Museum will learn about the Wornall family, the Battle of Westport and Civil War medicine, slavery at the Wornall farmstead and in Missouri, and more. Tours are one-hour guided tours through the house. The Museum also hosts several lectures, special exhibits, children's programs, Halloween and holiday programming, and other events throughout the year.