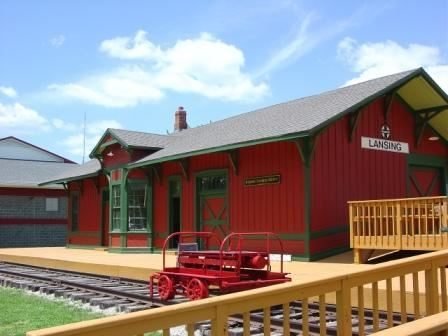 The Lansing Depot is a historically accurate restoration of the Atchison, Topeka and Santa Fe depot built in lansing, originally located across from the intersection of Helen and Main St. The building is the only original public/commercial building standing, other than a small, turn-of-the-century bank, which remains in the once-prosperous downtown area. Built in 1887, the Lansing Depot was used by the railway through the middle of the 20th century.