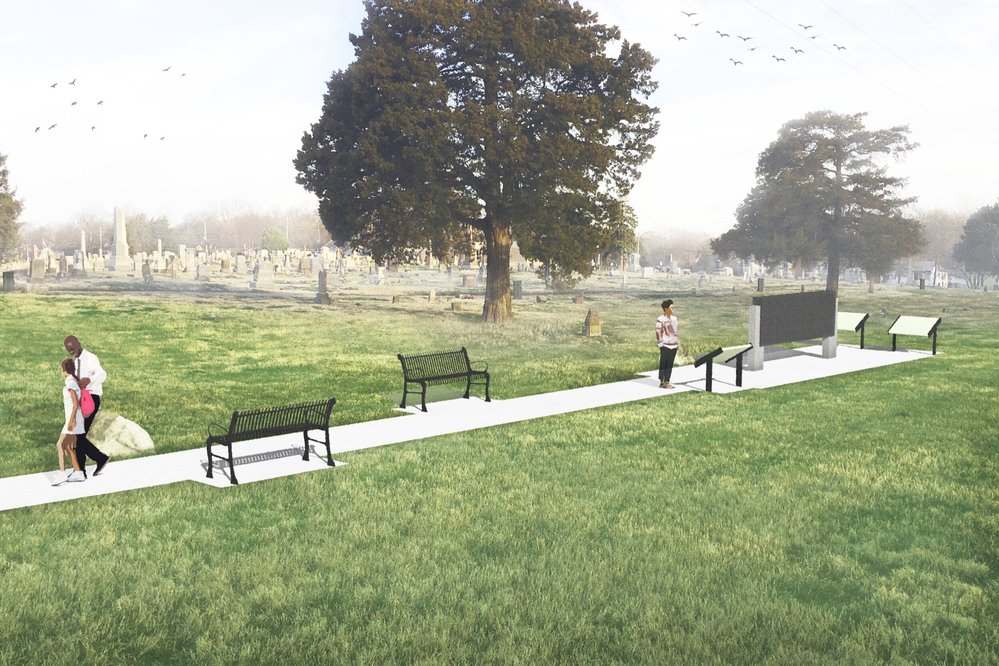 Clay County African American Legacy, in partnership with William Jewell College and Freedom's Frontier National Heritage Area, will celebrate Missouri's Bicentennial in 2021 with a memorial honoring more than 750 African Americans buried in the segregated sections of Fairview and New Hope Cemeteries. Persons who were enslaved, domestic staff, day laborers, housewives, infants and children, businessmen, war veterans, and more are buried on this hallowed ground. In a 6 acre field, these mothers, sons, fathers, and daughters are buried, largely in unmarked graves, and we have made it our mission to acknowledge them in their final resting place. Coming together as a community, we recognize that their contributions to Liberty helped build the town we call home and we invite all to join us in honoring their lives and legacy.

Fairview Cemetery was established in the mid 1800s and was so named because it overlooked what once were the community’s fairgrounds. Those fairgrounds were acquired by the City in 1901 and eventually became New Hope Cemetery.

Fairview is marked by a majestic stone arch at its entrance. The cemetery resonates with the history of the community from the early days of Liberty to today. If those who are interred in Fairview / New Hope cemeteries could talk, they could offer stories of business successes, intrigue, violence, failures and heroism.