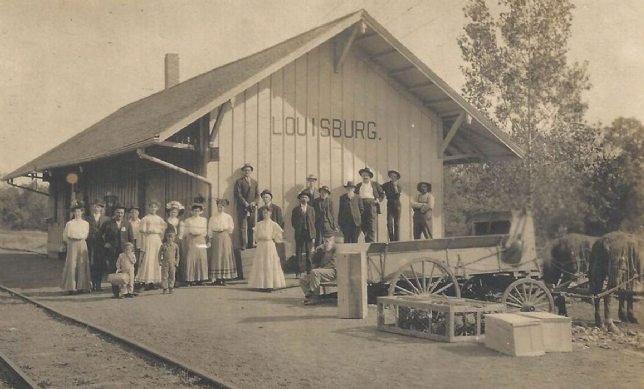 Louisburg, Kansas, was incorporated in November 1882. This part of northeast Miami County had previously been the home of the Confederated Tribes of Wea, Piankashaw, Peoria, and Kaskaskia, who came there in 1827.

Chief Yellow Bear of the Confederated Tribes signed a treaty in Washington, D.C. that transferred most of the land to the federal government and resulted in most of the surviving members of these tribes relocating to Indian Territory (which became Oklahoma). By 1866, a settlement known as St. Louis formed along the banks of Wea Creek, also referred to as Rabbit Creek.

At the time of incorporation, the city of Louisburg was home to some 400 residents. One hundred and forty one of those residents cast ballots in the first election.

Louisburg, the third largest town in Miami county, is east of Paola, the county seat. The town was laid out in 1868 and called St. Louis, but in order toavoid confusion with St. Louis, Mo., the name was changed to Louisburg in 1870.

The Louisburg Historical Society has research materials and some exhibits. Call for information..