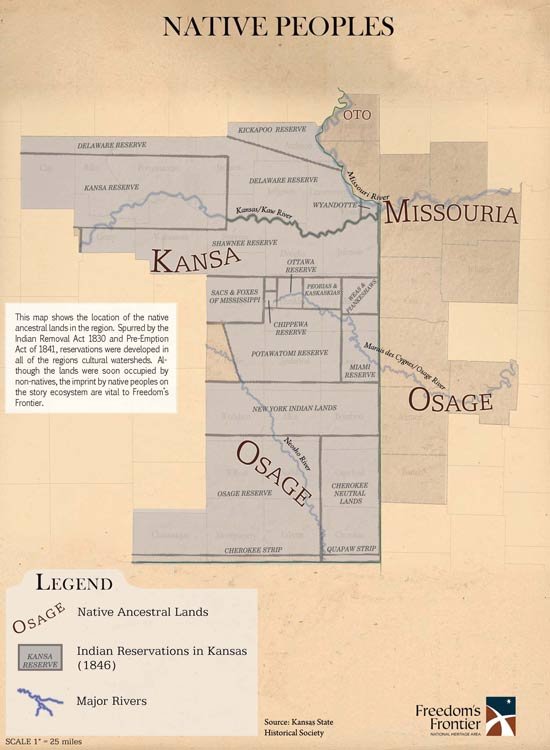 In the 1800s, before the nation expanded across the continent, the western border of Missouri was the frontier. Kansas was permanent Indian Territory for both the Plains Indians, for whom Kansas was their ancestral lands, and for Native Americans from the east who were removed to the region.

These Native Americans forced onto reserves in Kansas included the Chippewa of Swan Creek and Black River, Confederated Peoria, Munsee or Christian Indians, Ottawa, Potawatomi Mission Band, Quapaw, Sac and Fox of the Mississippi, and Wyandot.

As whites looked to settle Kansas, the border in between Kansas and Missouri became a testing ground for debates concerning rights, freedom, and their place in American democracy.