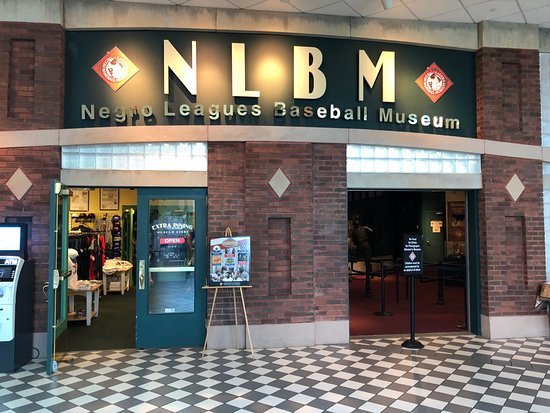 Return to a historic time when “only the ball was white.”

Founded in 1990, the Negro Leagues Baseball Museum in Kansas City, is dedicated to preserving and celebrating the rich history of African-American baseball and its impact on the social advancement of America.

The museum opened its doors to the public in a tiny, one-room office space in 1991 with a dream of building a permanent facility that would pay rightful tribute to America’s unsung baseball heroes. In November of 1997, under the leadership of its late chairman John “Buck” O’Neil, that dream became a reality.

Since that time, the Negro Leagues Baseball Museum has welcomed more than 2 million visitors and has become one of the most important cultural institutions in the world for its work to give voice to a once forgotten chapter of baseball and American history. In July of 2006, the museum gained National Designation from the United States Congress earning the distinction of being “America’s National Negro Leagues Baseball Museum.”

Experience a tour of multi-media displays, museum store, hundreds of photographs, & artifacts dating from the late 1800s through the 1960s. The museum was established in 1990 and is in the heart of the historic 18th & Vine Jazz District. The 18th & Vine museum complex also houses the American Jazz Museum. The complex is two blocks from the Paseo YMCA where Andrew “Rube” Foster established the Negro National League in 1920, and just around the corner from the Black Archives of Mid-America.

Learn about George Sweatt, a baseball player born in the late 1880s, in Humboldt, Kansas, by visiting the Humboldt Historical Museum. Sweatt began his baseball career in 1920, playing for the Kansas City Monarchs, winners of the first Negro League World Series in 1924. Sweatt was educated at Pittsburg State University, and taught at the Cleveland School in Coffeyville, Kansas. In 2005, Sweatt was voted into Pittsburg State University's Hall of Fame.