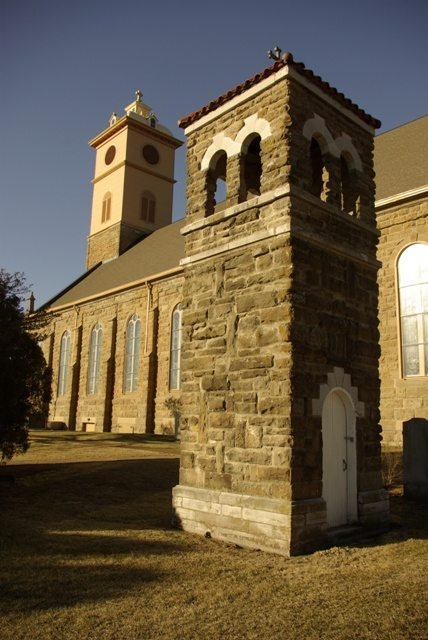 As early as 1821 the chiefs of the Osage Nation had requested schools. A proud and industrious people, the Osage recognized the advance of the white civilization and knew their young must be educated in the ways of the white man if they were to prosper. In 1844, after the failure of several missions, the Osage specifically requested “Black Robe” schools run by the Jesuits whom they had previously encountered in Missouri. In April of 1847 a group of five Jesuits led by Father John Schoenmakers opened the Osage Manual Labor School for Boys on a hill near the convergence of Flat Rock Creek with the Neosho River. In October of the same year a group of Loretto sisters, from Kentucky, would open the Osage Manual Labor School for Girls.

The Osage Mission Museum and local historical sites provide the perspective of an exciting and dangerous period in our growing nation’s history. The museum sits across the street from the site of the original Osage Mission and on the site of St. Ann's Academy.

Tour historic St. Francis Cemetery, only 1/4 mile east, and Hope Cemetery one mile north of the mission. This site was the center of the wide-spread Jesuit missionary work that spanned five states and more than 150 mission stations.

Nearby at 717 Central, Graves Memorial Public Library features a display on the life and times of W.W. Graves, local newspaper editor and historian who recorded the stories of Osage Mission and Neosho County in a series of books. He also published the Anti-Horse Thief Association A.H.T.A. Weekly News during the association's heyday, when its national attendance grew to 50,000 members.