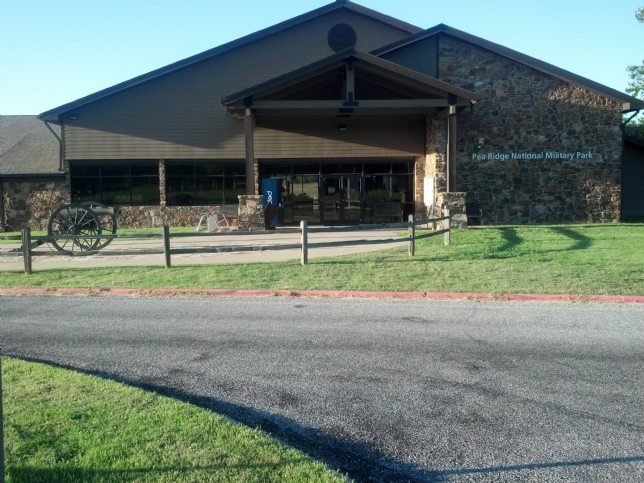 This large pristine battlefield was site of the decisive battle for control of Missouri during the Civil War. With a recently renovated visitor center, this Arkansas-based national park plays a key role in the story of Freedom's Frontier.

Though this site is outside of the borders of Freedom's Frontier National Heritage Area, its stories connect with ours and it is one of our National Park Service partners.

Keeping Missouri in the Union was a prime objective of the Federal government during the first year of the Civil War. It was the reason that the Battle of Wilson's Creek was fought near Springfield, Mo., in August 1861, and it was one of the reasons for the battle at Pea Ridge in March 1862.

On March 7-8, 1862, 26,000 soldiers fought here to decide the fate of Missouri and the West. The 4,300 acre battlefield honors those who fought for their beliefs. Pea Ridge was one of the most pivotal Civil War battles and is the most intact Civil War battlefield in the United States.