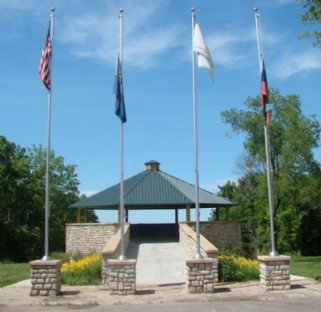 Dedicated in 2008, this overlook presents a vantage point to survey the ruins of Quindaro, a Wyandot community and Underground Railroad landmark.

Interpretive signs at the overlook tell the story of “Old Quindaro,” a briefly thriving river port town founded in 1857 to provide a safe harbor for free-soil migrants after pro-slavery residents blockaded all the other ports on the Missouri River.

Using land purchased from local Wyandots, the town grew quickly along the steep hillside, with a population that was part Indian, part white, and part free black. Many stories have been passed down about the cooperative efforts of these three groups in the work of the Underground Railroad.

As you approach the site, note the statue of John Brown. It was erected by Western University in 1911. Originally a Freedman’s School, Western University became the first historically black college west of the Mississippi. Its music school was nationally recognized, but financial difficulties caused it to close its doors in 1943.