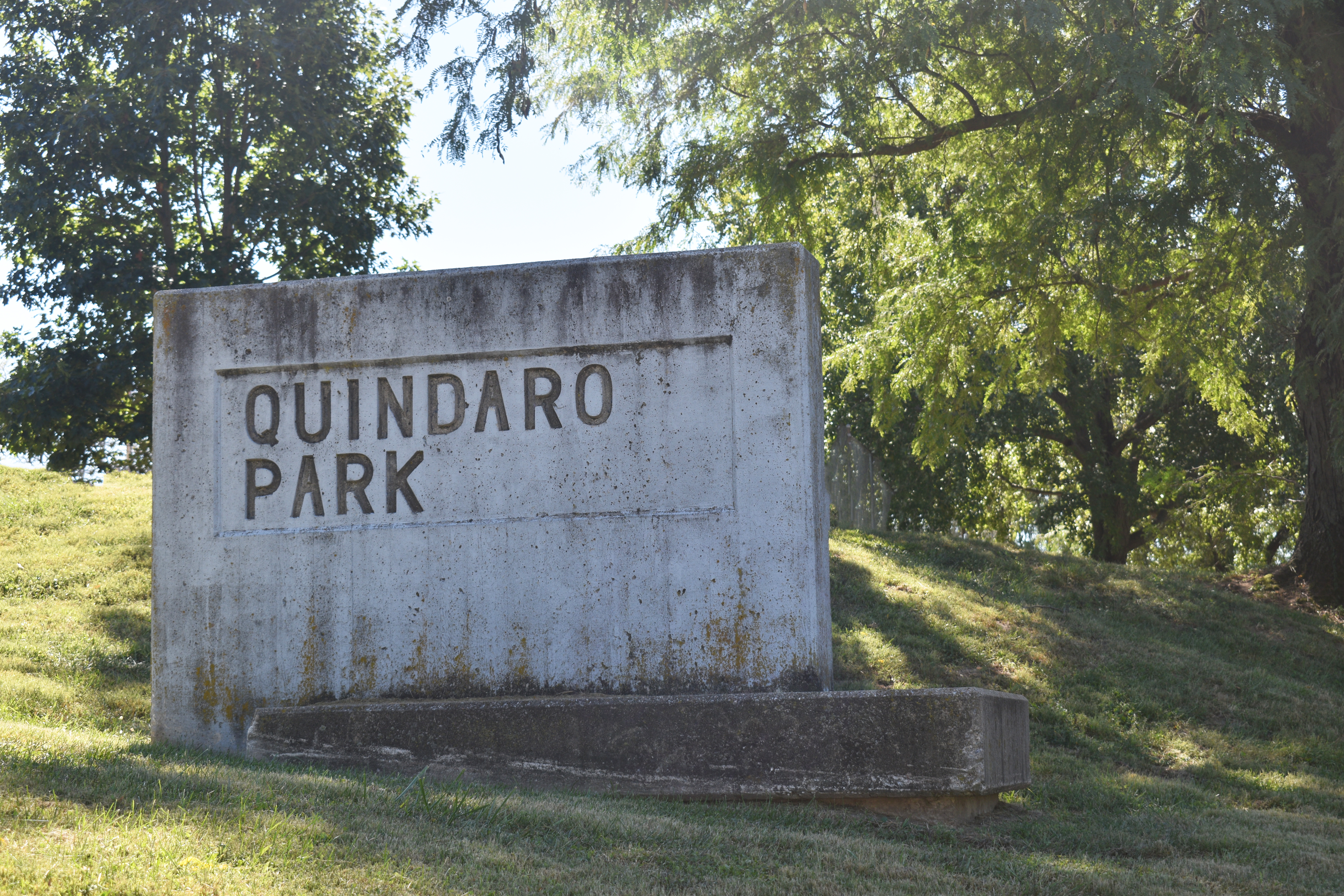 Historians, and community residents have documented that slave snatchers waited at this site in hopes of capturing escaped slaves or freeman. The goal was to take blacks back into slave territories and place them on slave plantations.

Even after the Civil War in the United States ended in 1865, Kansas remained a free state, however bitterness between pro-slavery forces and free-soil advocates in Missouri and the Kansas Territory sustained years after the Emancipation Proclamation was signed. Eventually, the term Jim Crow was applied to the body of racial segregation laws and practices throughout the nation.

As early as 1837, the term Jim Crow was used to describe racial segregation in Vermont. Most of these laws, however, emerged in the southern and border states of the United States between the years 1876 and 1965. They mandated the separation of the races and separate and unequal status for African Americans. The most important Jim Crow laws required that public schools, public accommodations, public transportation, including buses, trains, pools, communities, and parks have separate facilities for whites and blacks (18).

Before the Civil War, and after the Civil War, black code laws were enforced to justify slavery. In Kansas, in 1854, the Kansas Territory was officially established, but the state remained divided on the issue of slavery. During this same year, the territorial legislature met at the school where Andrew Reeder, newly appointed territorial governor, had his offices. During this legislative session the so-called “Bogus laws” were passed in an attempt to perpetuate slavery in Kansas (19).

“Bogus laws” were passed prior to the Civil War, and after the Civil War, in a planned legislative effort under Kansas first legislative elected body of leaders. The goal was to keep slaves in bondage through forced slavery on plantations, and to appease those from southern states who desired to move into Kansas territory and transport their slaves. The Kansas Slavery statutes were widely circulated nationally and often reprinted. Clergyman John McNamara, in his book on his time in Kansas, included the statutes, calling them "the black and cruel Law in the Draco-Kansas Code" (39). Pro-slavery leader Benjamin Stringfellow, on the other hand, boasted to interested southerners that Kansans, "now had laws more efficient to protect slave property than any State in the Union" (40). The importance of enacting strong slavery statutes was central to the pro- slavery cause. If southern settlers were to come to Kansas, it must be safe for them to bring their slaves. Moreover, there was a substantial concern that the number of slaves escaping from western Missouri could rise, as it in fact did. By 1857, the number of runaways had increased tenfold, and the state of Missouri was providing special patrols

(41). Lawrence, Kansas leaders continued to take a strong stand against slavery, and publicly spoke out about the need to completely abolish slavery in Kansas, and throughout the United States. At the same time, the Lawrence, Kansas leadership continued to support the free Quindaro township, despite the "Bogus laws" that were enacted. In fact, John Speer, editor of the "Lawrence, Kansas Tribune", published a broadside on the effective date of the Slavery act, challenging the "gag law" provision, and "Bougus laws", making it a crime to speak or write that "persons have not the right to hold slaves in this Territory. Again, leaders throughout Lawrence, Kansas, wanted to make it clear that they would continue to support the antislavery movement, and that they would not allow slavery to sustain. Despite the "Bogus laws", Lawrence, Kansas, and the Quindaro township not only established a thriving community, but both towns established free parks for blacks. Since slavery was still legal in Missouri, slave catchers would come to Quindaro, with the goal to capture slaves who had escaped slavery. At Quindaro park, many have noted that slave catchers would stand on a hill at what is known as Quindaro Park, in order to find slaves or free blacks to capture and place them on plantations.

Local social historian Luther Smith mentioned that Quindaro Park may have been one of the first parks in the state of Kansas for blacks. No matter how a slave found himself on the southern bank of the Missouri River at that point, open doors awaited at the Quindaro end of the Parkville-Quindaro escapee route. One of these entries was on land close to the Missouri owned by Elisha Sortor whose family had a long history of support for the Underground Railroad reaching back into New York State. Elisha Sortor accumulated farmland on the southern and western borders of the town of Quindaro, not far from the Parkville crossing. One of the family homes stood in Sortor Hollow just west of historic (and present day) Quindaro Park. Although the structure no longer survives, this residence was a station for the Underground Railroad. Elisha Sortor’s great-granddaughter-in-law, Beulah Sortor, recalled the country house in Sortor Hollow: “the house was built into the side of a hill, and there was an apple orchard there (with) living quarters down below. And Norman, (Elisha’s grandson and Beulah’s husband) told me that there were two rooms in the back, and he said this was supposed to have been a safe house for the Underground Railroad. When they took the slaves in, they kept quiet about it, it was protection for the slaves, and protection for themselves (20), (21).

Respected Quindaro historian, Orrin Murray cites, “The Sortor family residence was the biggest Underground Railroad depot there was because whenever anyone in need came by, the family would give them something to eat and a place to sleep” (22), (23). As a child, and as an adult, Luther Smith who was born in Quindaro, KS, and who serves as the curator of the Quindaro Underground Railroad Museum, recalls hearing stories of the Underground Railroad from family members, and from people who grew up in Quindaro. Smith remembers hearing stories about how slave catchers would come to "Quindaro Park" to capture free blacks or escaped slaves who lived in Quindaro (24).