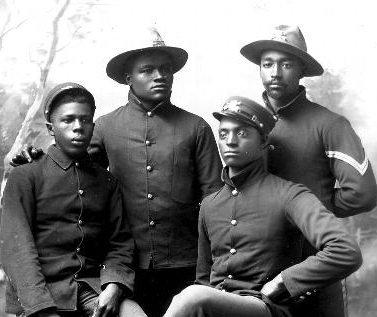 The Richard Allen Cultural Center (museum) in Leavenworth, Kansas, offers a glimpse into the history of African-Americans, both local and nationwide. It was created to ensure that the rich heritage of African- Americans and their profound effect on American society would not be lost.

The original Bly home was deeded to the Bethel African Methodist Episcopal Church in 1991. The center opened its doors in 1992. It is located across the street from the historic Bethel AME Church which was part of the Underground Railroad.

The museum is in the former home of U.S. Army Capt. William Bly, a Buffalo Soldier during WWI. In 2002, an addition was added to the front of the home to display more artifacts about African-American history in Kansas.

The center was named for Richard Allen, who founded the first African Methodist Episcopal church in the United States.