Tap on the stop to view directions. Make sure to enable location services on your device.

In the 1840s, French-Canadian brothers Louis, Joseph, and Ahcan Pappan moved with their French/Kaw/Osage wives to sections of land on the north side of the Kansas River, present-day North Topeka. Their wives were also sisters and they had inherited the land through an earlier treaty. The Pappans soon began operating a ferry to carry travelers on the Oregon Trail. According to Curtis himself, the ferry would have lined up with Harrison Street as it meets the river and the cabin where he was born was located nearby. 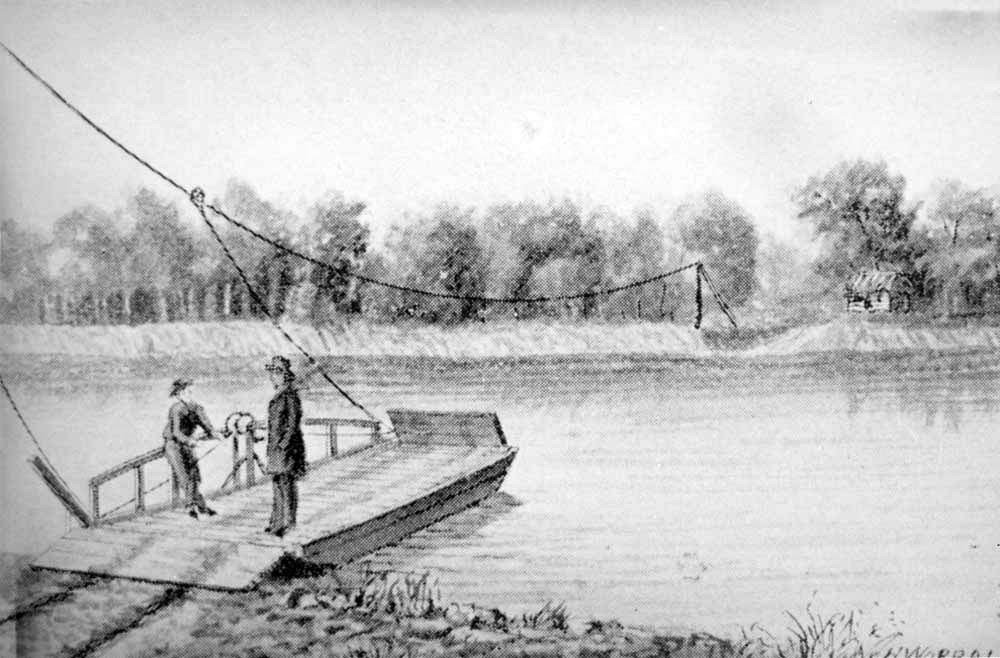 When O. A. Curtis came to Topeka from Indiana in the 1850s, he purchased land from those families and his parents followed soon afterward. Curtis Family holdings grew and were later divided among descendants, many of whom still reside in North Topeka.