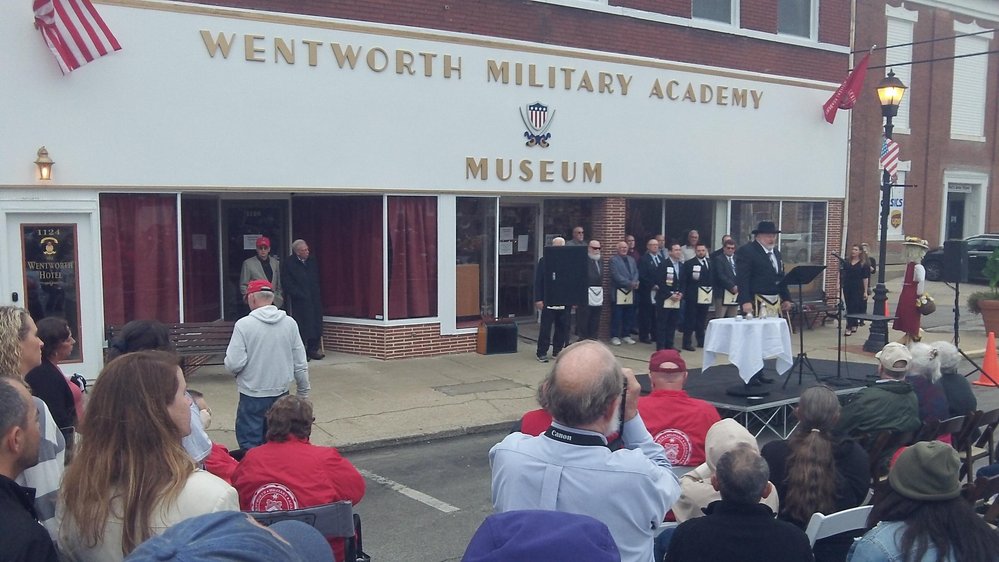 In April 7, 2017 the Wentworth Military Academy (WMA) Board of Trustees voted to close the Academy based on declining enrollment, an aging campus, and a lack of financial support for continued operations. Wentworth is the oldest military academy west of the Mississippi River, steeped in 137 years of excellence. This abrupt announcement, effective May 31, 2017, left the “Old Boy” Alumni uncertain about the future of the historically significant memorabilia that transformed the otherwise brick and mortar campus into hallowed ground, memorializing the tremendous sacrifices and accomplishments of the many Old Boy “greats.”

This small academy nestled near the banks of the Missouri River in Lexington, MO has produced countless military leaders such as General Hoge, General Welsh, and two Medal of Honor Recipients; business leaders such as James “Bud” Walton, and Eddie Chiles; arts and media greats such as Robert Altman and Marlin Perkins; sports pioneers such as George Rody and Ben Jones; and public servants such as former Ambassador Charles H. Price II and U.S. Congressman Ike Skelton who served 34 years in public office and as chairman of the House Armed Service Committee. Their legacies have left an indelible mark on each respective field of expertise.