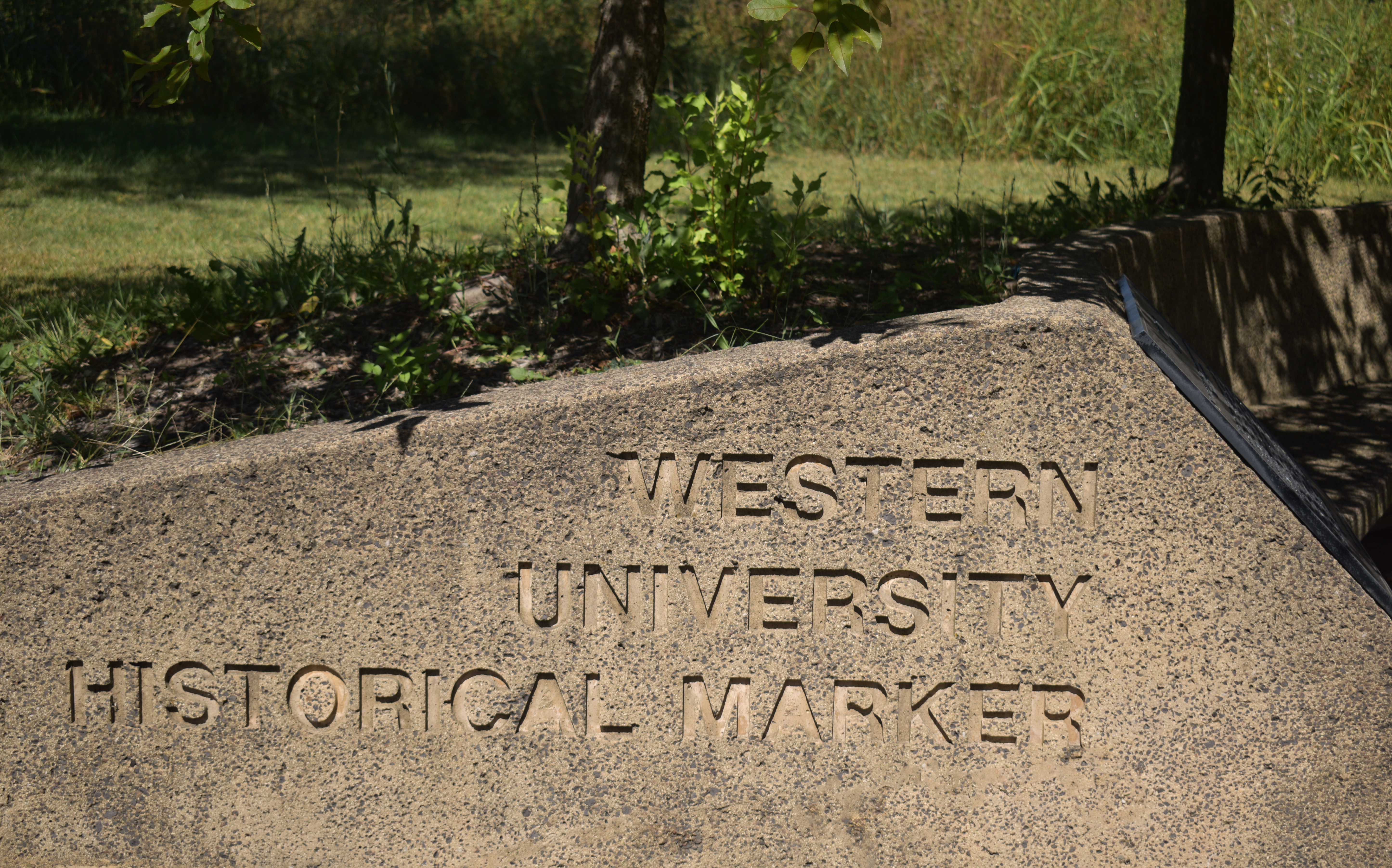 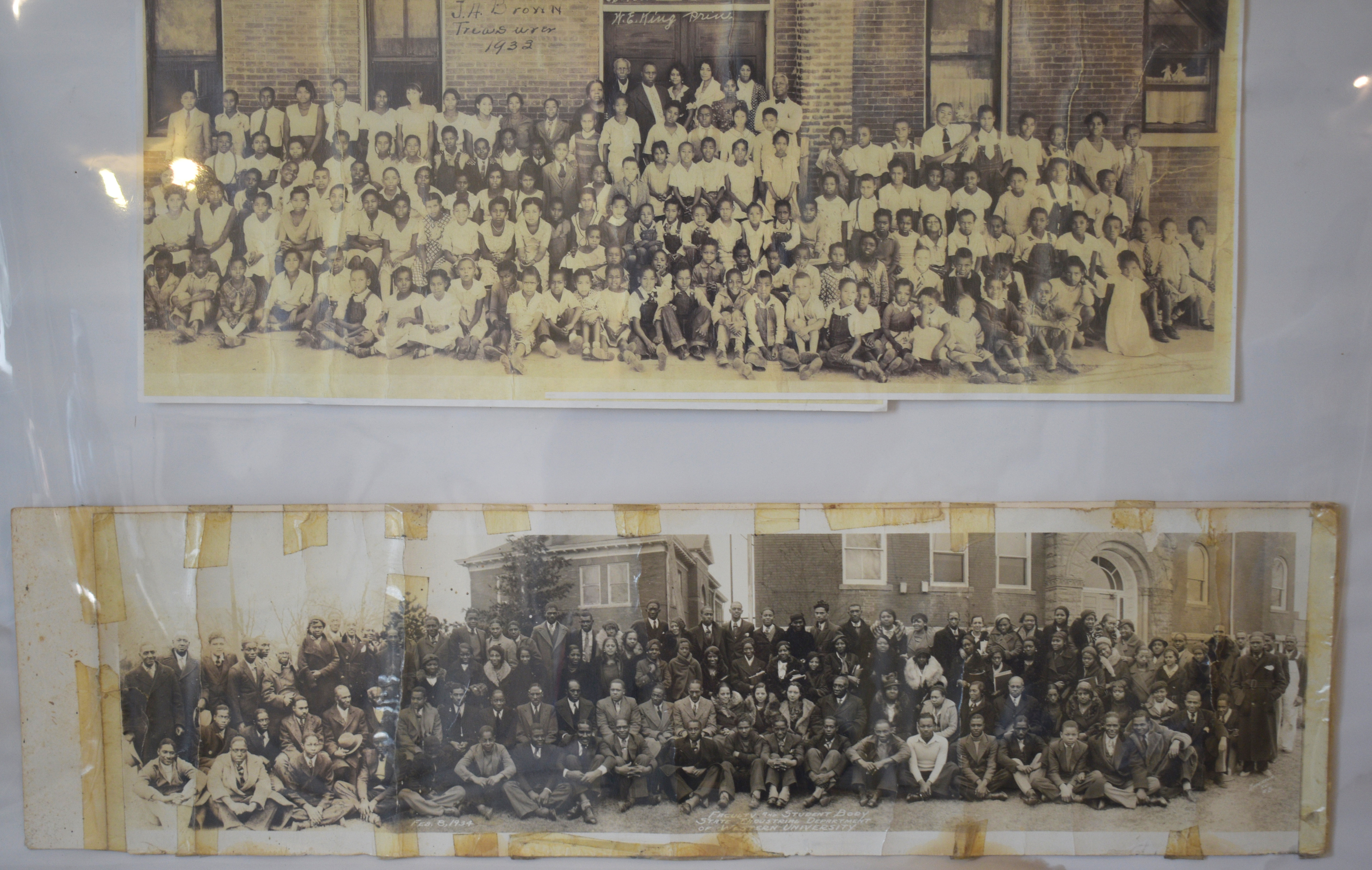 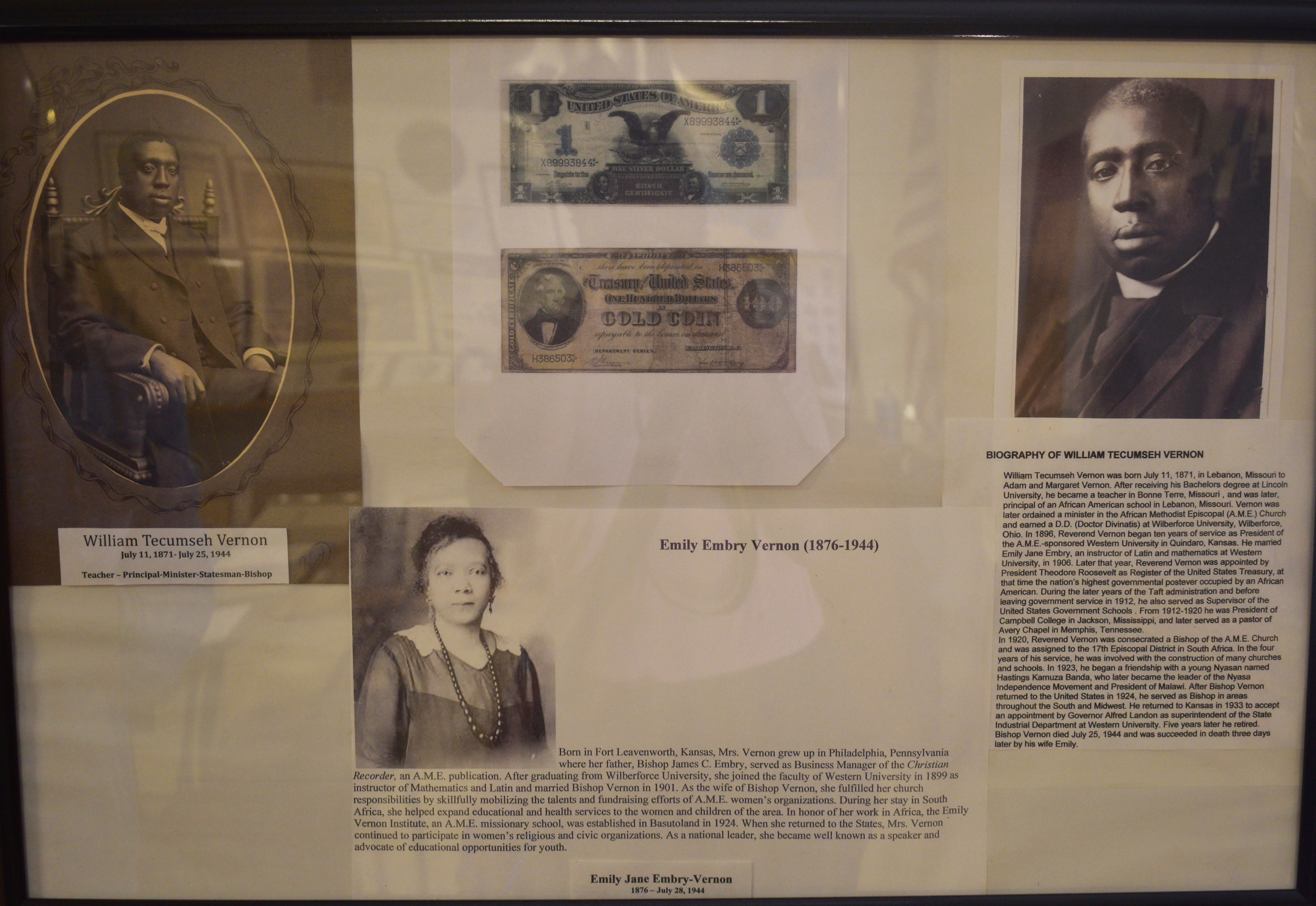 William Tecumseh Vernon - President of Western University. An eloquent orator who gained a national reputation for his leadership skills. 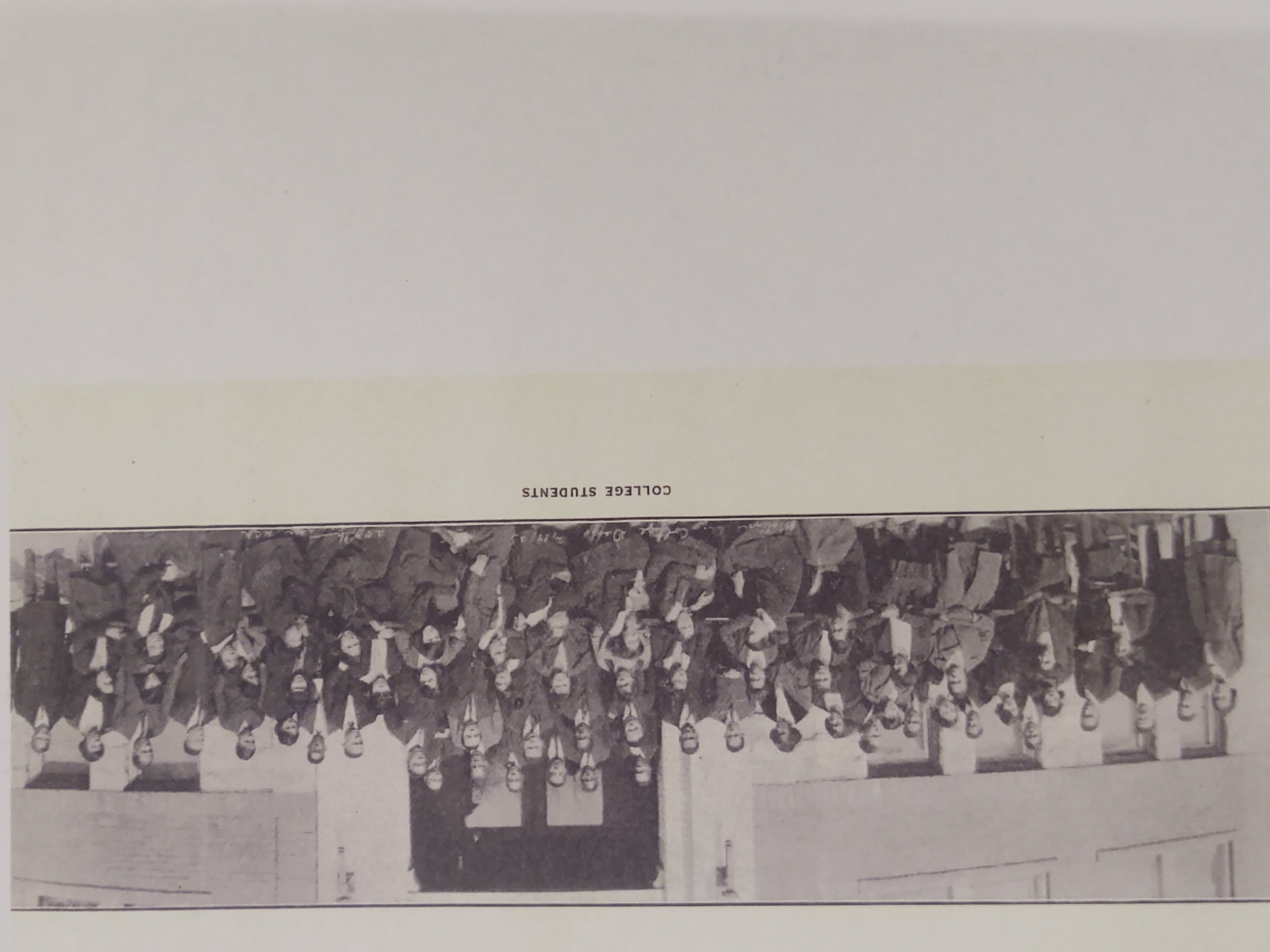 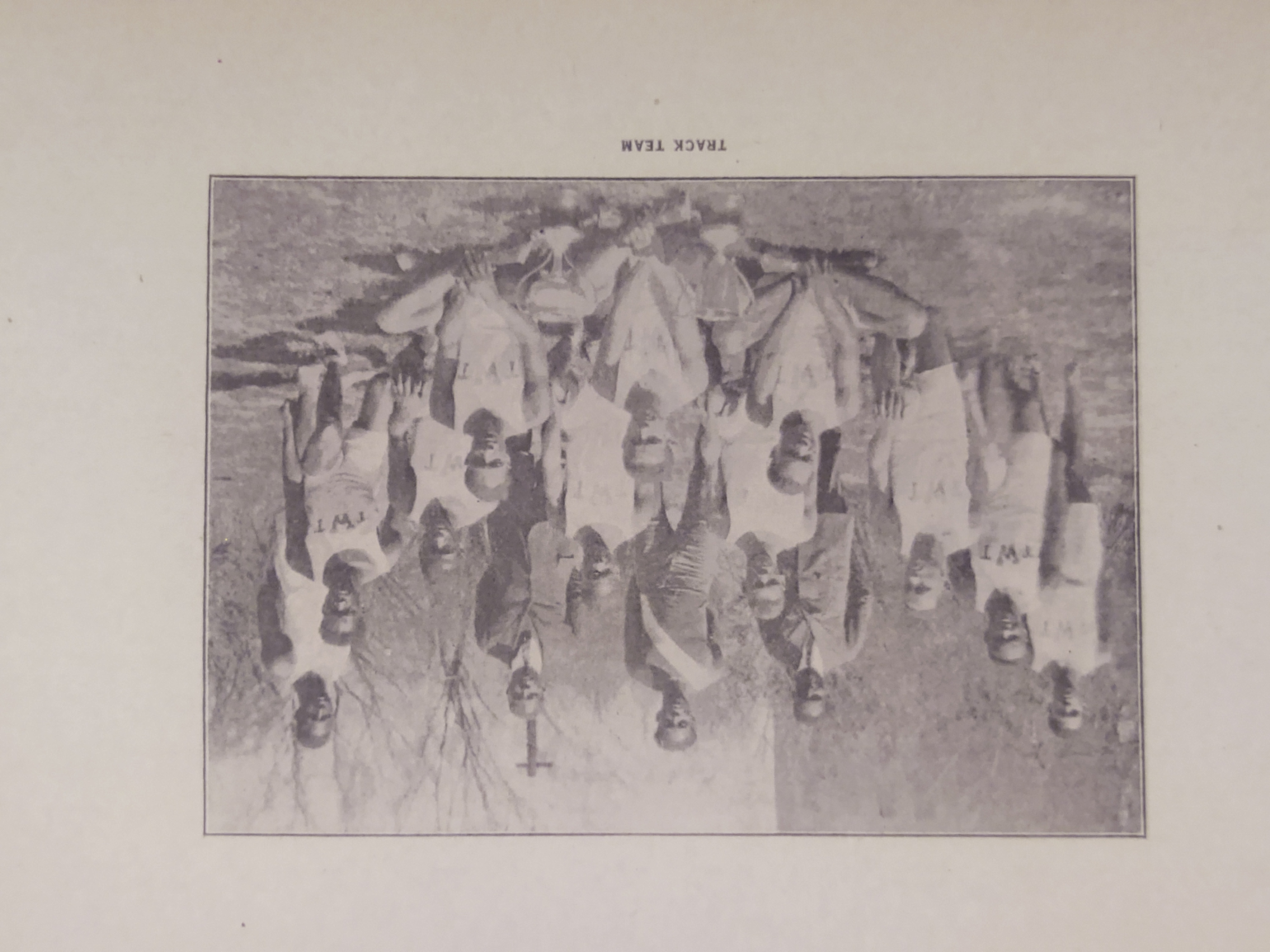 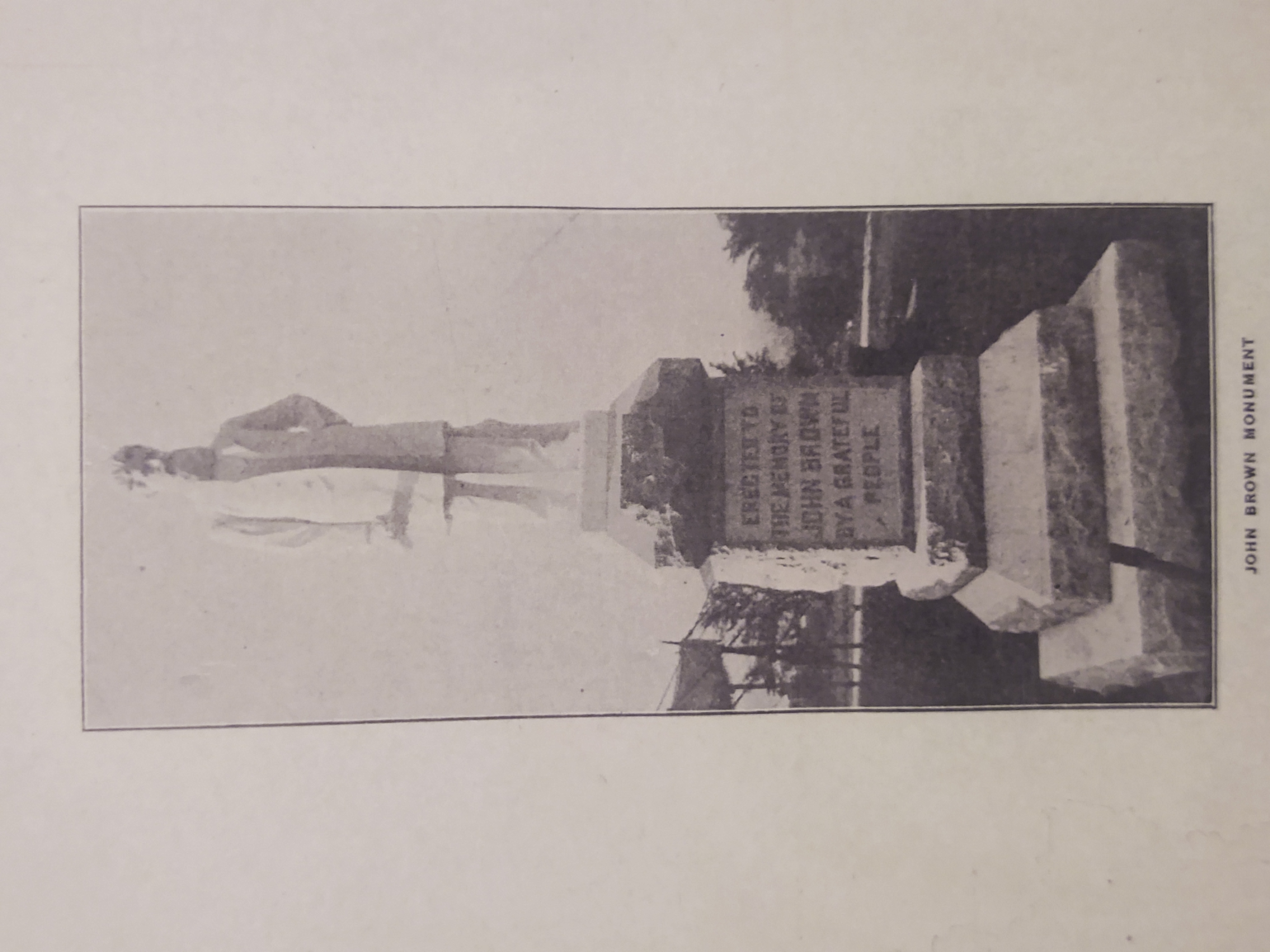 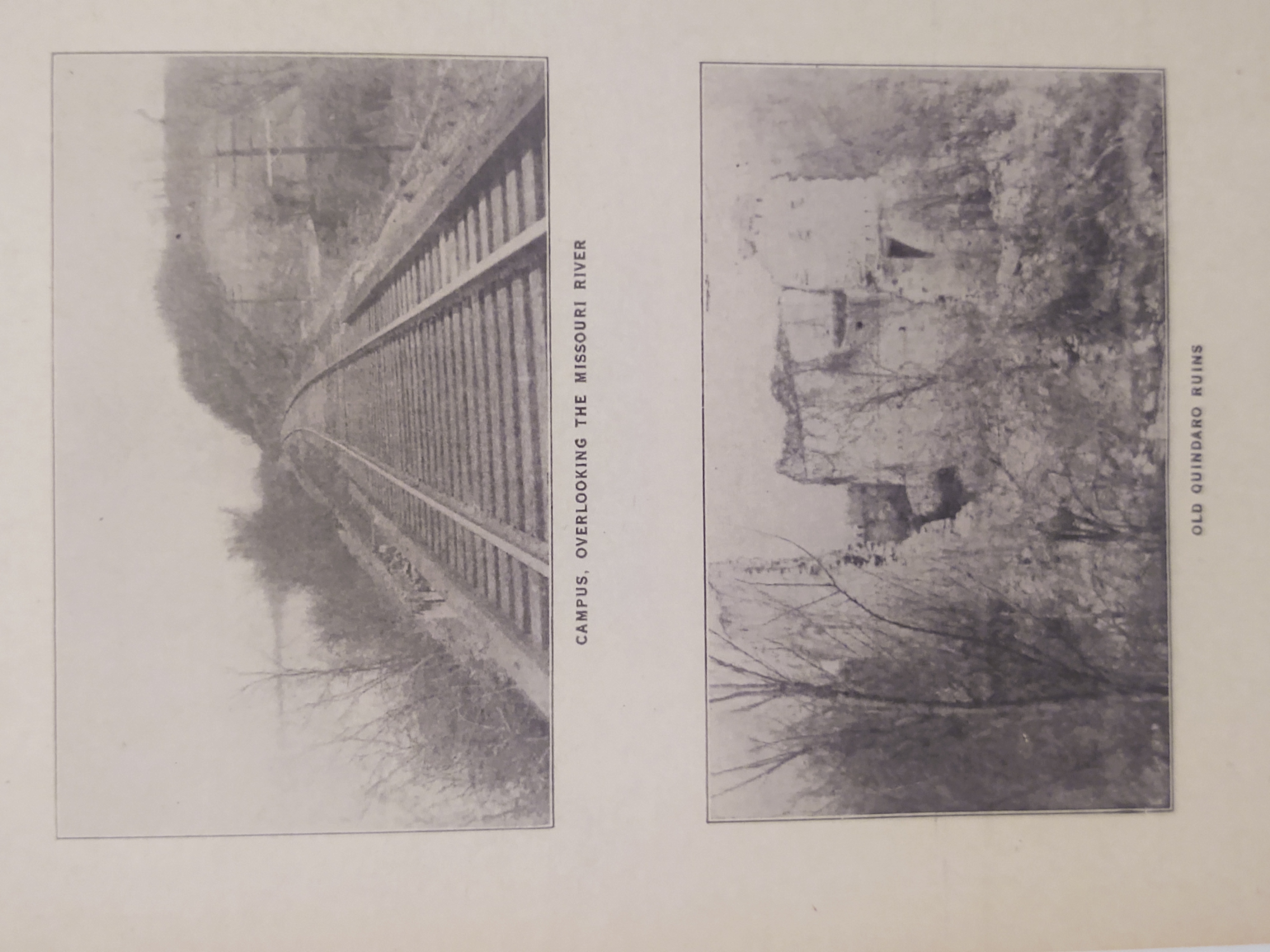 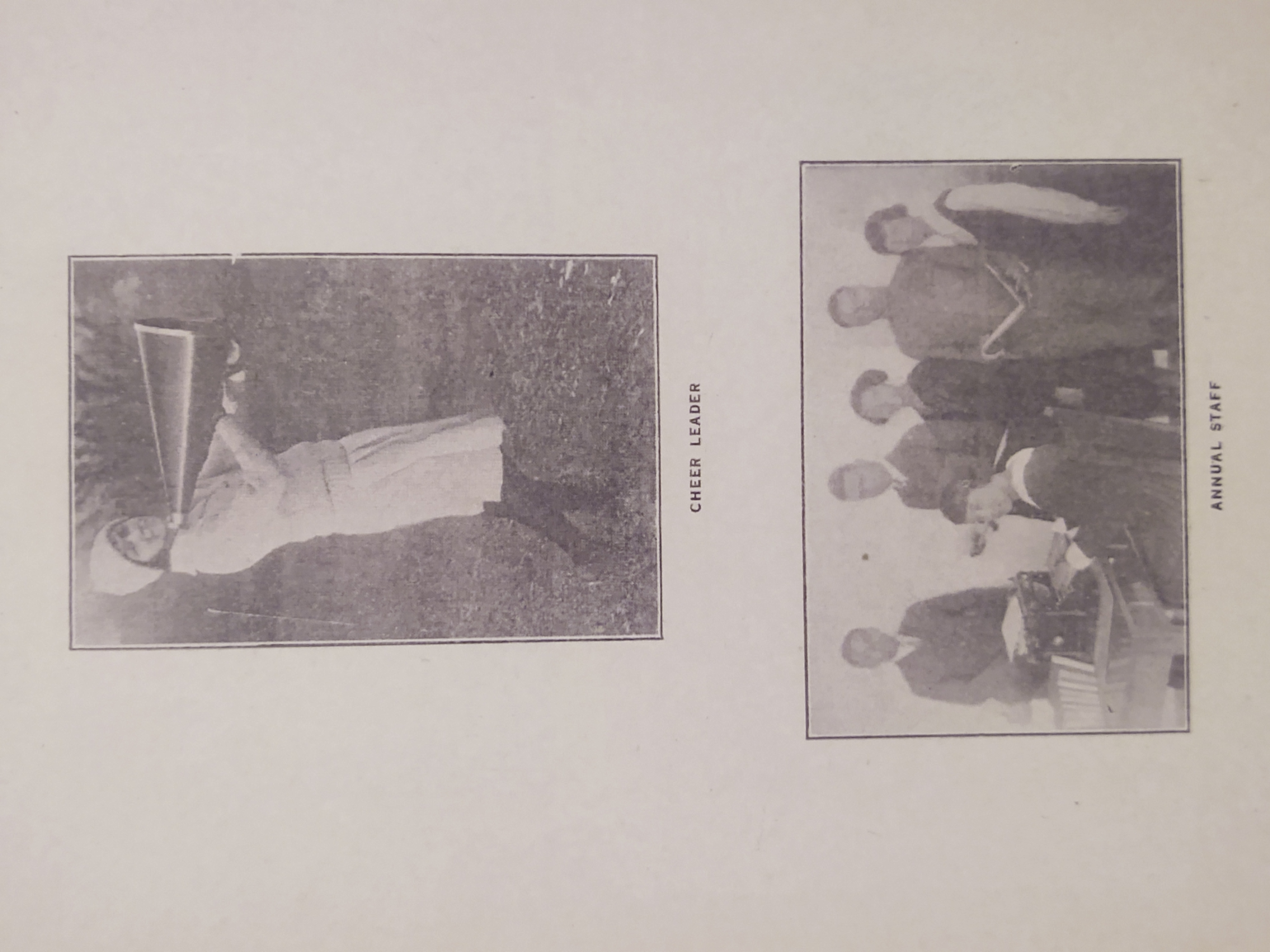 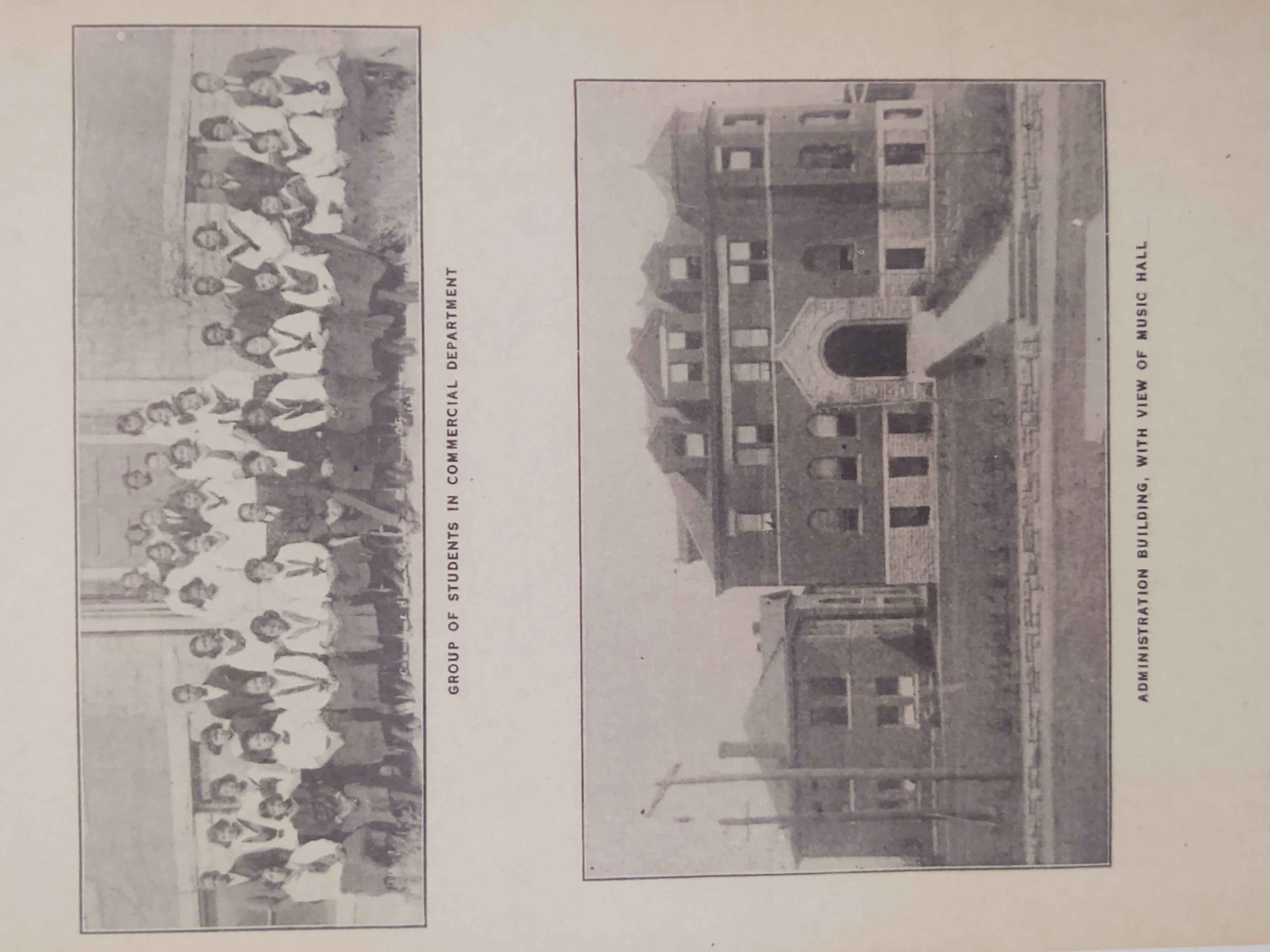 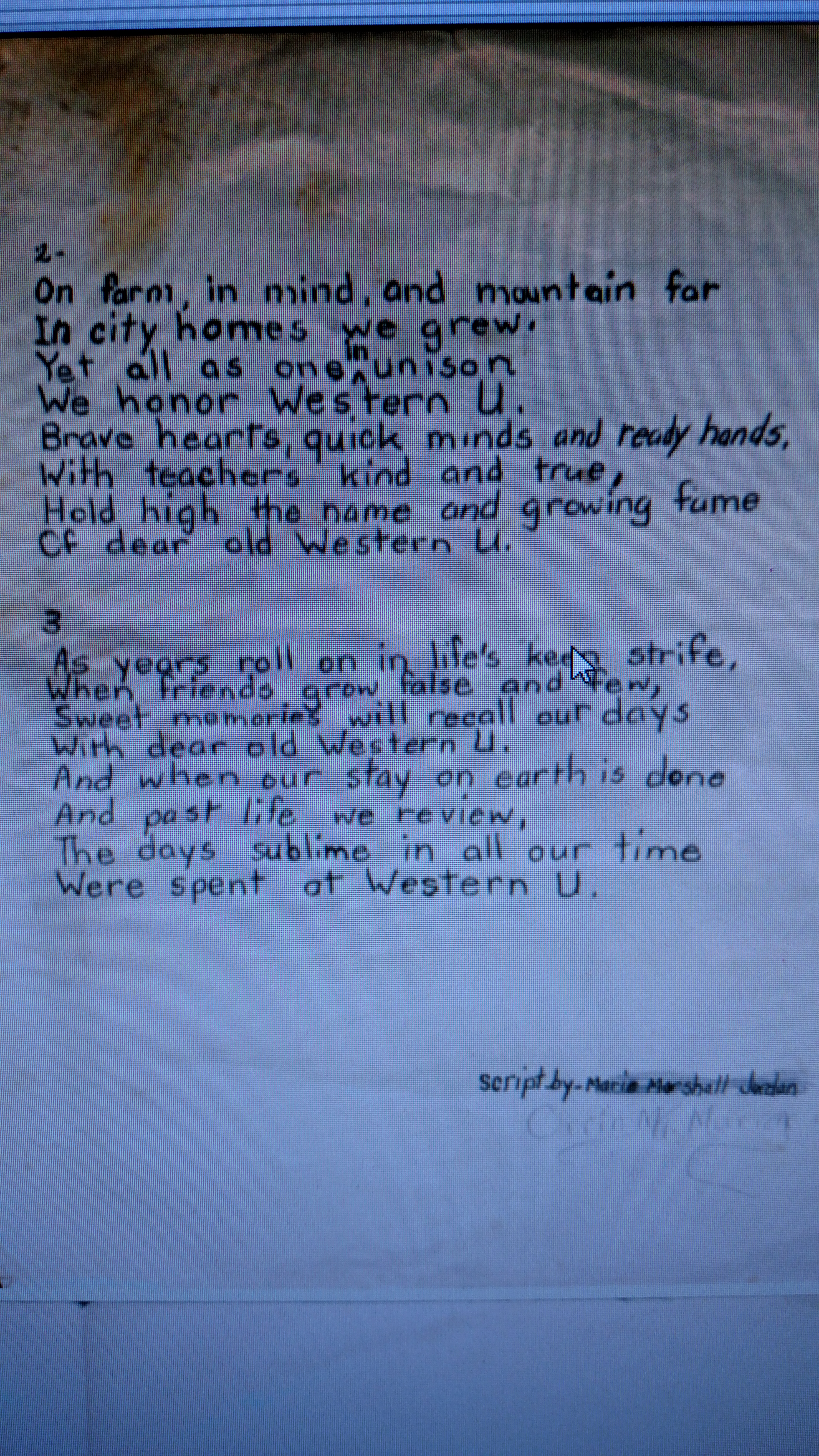 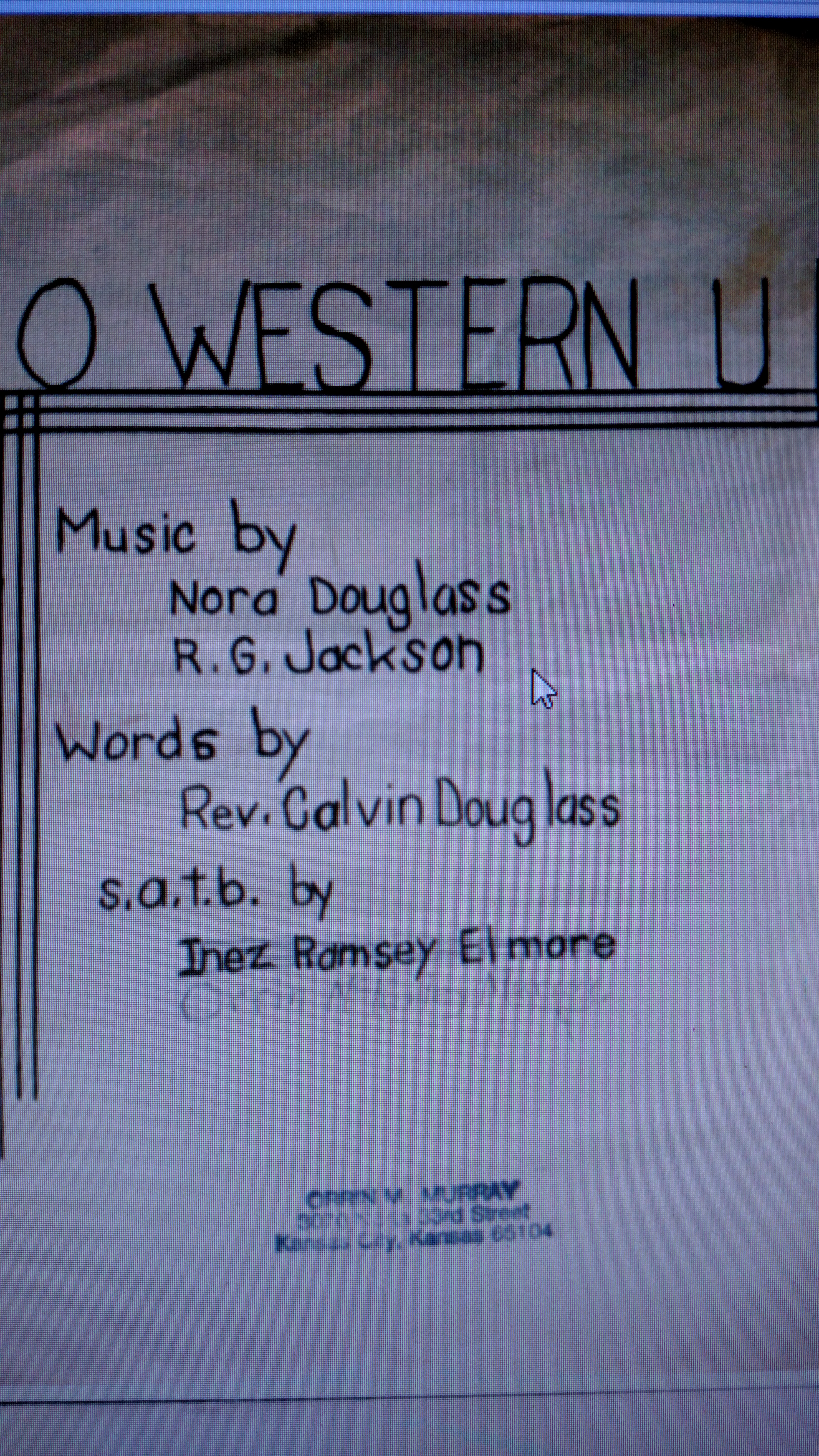 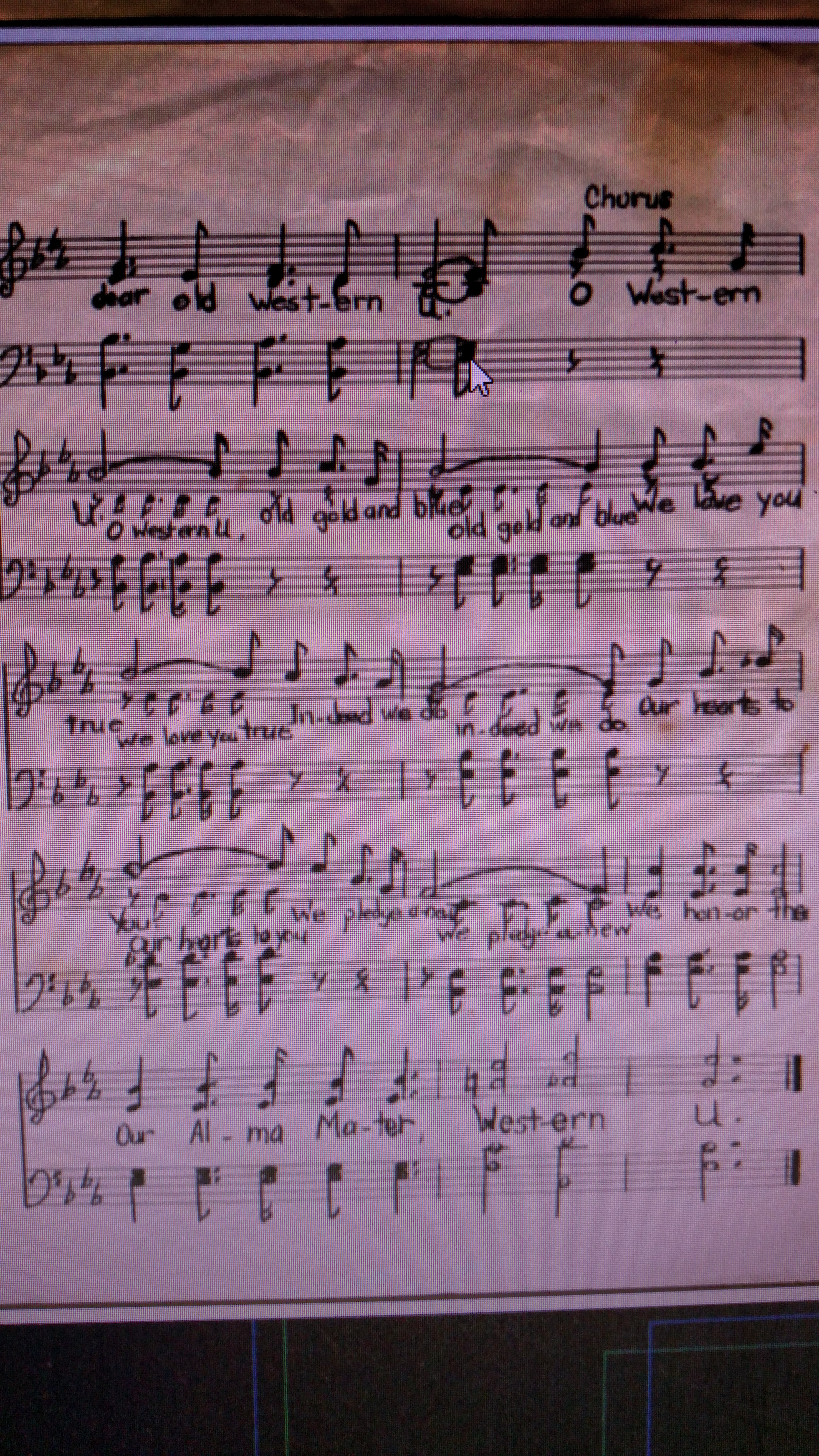 Western University was the first historically Black University west of the Mississippi River, and the first African American University in Kansas. The university operated from 1881-1943. (53)

The African Methodist Episcopal (AME) Church gave a second life to the old Freedman’s University, when it was reopened in 1881 with the name “Western University”. At the same time, the AME church jointly operated Wilberforce University in Ohio for African American Students, along with 13 others. African Americans constituted the entire Board of Western University, and funding resulted in Kansas students receiving discounts in fees and tuition. (54)

The school originated by the work of Presbyterian Minister Eben Blachly, who played a key role in educating free blacks in Territorial Kansas Town of Quindaro in 1857. After the Civil War, Blachly expanded the school, and in the year of 1869 the State of Kansas donated land as the student population grew. (55)

The school’s curriculum followed Booker T. Washington’s Tuskegee institutes’ model of Vocational Training. In 1896, the A.M. E Church assigned Bishop William Tecumseh Vernon to serve as president of the University. As an accomplished speaker and writer, Vernon developed into a significant African American leader throughout Kansas, the United States, and South Africa. Vernon was one of the key leaders who contributed to expanding the university’s academic curriculum. In addition to that, Vernon helped secure state funding, so that the school could remain open. (56).

Western University followed the industrial education model developed by Hampton and Tuskegee Institutes, but it also educated future Kansas teachers through its Normal School and provided officer training through its military department. Students were also able to earn a B.A. in Liberal Arts. The institution’s celebrated Music Department produced, The Jackson Jubilee Singers, who toured nationally and were widely acclaimed rivals to The Fisk Jubilee Singers. Western University closed in 1943 when its programs were absorbed into the Kansas State Industrial School. For much of its 62-year history, Western University helped to prepare African American students to fully participate in American society. (57)

Etta Moten, a multifaceted pioneer in the world of entertainment, was born in Weimar, Texas in 1901. She was raised as the only child of her parents, Freeman Moten, a Methodist minister, and his wife Ida Mae Norman. In 1915, Rev. Moten moved to Kansas City where Etta Moten began singing in Church choirs. She attended Western University in Quindaro, and later she studied voice and drama at the University of Kansas in the year of 1924 (Blackpast.org). She earned a BA in voice and drama in 1931. An actress and contralto vocalist. She was best known for her signature role of “Bess” in Porgy and Bess. She moved to New York City, where she performed as a soloist with the Eva Jessy Choir. On January 31, 1933, she became the first African American star to perform at the White House. In the 1942 revival of Porgy and Bess, she accepted the role of “Bess,” but she would not sing the n-word, which Ira Gershwin later wrote out of the libretto (58). She and her husband Claude Barnette, founder of the Negro Associated Press, traveled during the late 1950s as members of the U.S. delegation to Ghana. She also represented the United States at the Independence ceremonies of Nigeria, Zambia, and Lusaka (58).

Eva Jessye was a pioneer in the world of African American music and is recognized as the first black woman to receive international distinction as a choral director. She was born in Coffeyville, Kansas on January 20, 1895 to Albert and Julia Jessye. Jessye was influenced by the singing of her great-grandmother and great-aunt. Jessy developed an early love of traditional spirituals. At the age of thirteen, she attended Western University in Kansas City, Kansas where she studied poetry and oratory. In addition to singing in Western’s concert choir, she gained experience coaching several male and female student choral groups. As her professional career grew, she moved to New York in 1926 and directed spirituals, jazz, and a light opera choir called the Dixie Jubilee Singers. Under her direction, the group, later named the Eva Jessy Choir, enjoyed a successful career which lasted more than thirty years and included a regular spot on the radio program, “Major Bowes Family Radio Hour”. In 1935, the Eva Jessy Choir auditioned for and was cast as the official choir for the first production of George Gershwin’s folk opera Porgy and Bess. Jessye and her choir toured with the show, earning international acclaim. They were even named the official choral group for the March on Washington in 1963 (blackpast.org). In addition to honorary doctorates from several universities, they awarded Jessy a Doctor of Determination Certificate from the University of Michigan’s Department of African American Studies in 1976. Kansas governor Robert Bennett declared October 1, 1978 “Eva Jessy Day” and in 1982 she was named the “Kansas Ambassador for the Arts” by Governor John Carlin (59). (60)

Charles H. Langston, born on a plantation in Louisa County, Virginia, in 1817, was an exceptional African American educator and civil rights leader. Langston lived an exemplary life that seemingly confronted and tried to correct racial injustice at every turn. He was part a Native American, and part African American. In September 1834, the three Langston brothers were taken from the Virginia plantation to new lands beyond the Allegheny Mountains in the free state of Ohio. Shortly after moving to Ohio, Langston was enrolled in Oberlin’s college preparatory school. Registering in the fall semester of 1835, they were the first African Americans enrolled in Oberlin. At a state convention in Buffalo, New York, in September 1852, Langston proposed black emigration and colonization in masse from the United States to Central or South America where the emigrants might “unite with some Government there, and then make the demand upon the United States to liberate their brethren from their bonds.” (62)

In April 1862, one year after the Civil War began, Charles Langston left Ohio for Leavenworth, Kansas to work among the contrabands. During the Civil War, enslaved African Americans who ran away were welcomed into Union military camps in the Southern states and declared contraband of war. This declaration freed slaves, deprived the slaveowners of their human property, and weakened the ability of the South to carry on the war. In Kansas, contrabands concentrated in towns and adjacent rural districts in the eastern part of the state near the Missouri border. The African American population of Kansas increased from 627 in 1860 to 12,527 in 1865, 8.9 percent of the state’s total population. In the year of 1865, 30 percent of the 12,527 contrabands, or 4,705, were living in Leavenworth, Lawrence, Atchison, Fort Scott, Mound City, Osawatomie, and Topeka. The greatest concentration of contrabands was in Leavenworth, where 2,455 blacks lived in 1865, nearly one-fifth of the blacks in the state. According to the Leavenworth Daily Conservative of February 7, 1862, “The city is full of contrabands,’ alias runaway negroes from Missouri; of home. It is said there are a thousand in the neighborhood. They are of all ages and character. (63)

In the year of 1867, the Impartial Suffrage Association held a meeting in Lawrence, Kansas, on September 5th, 1867. Many notable pioneer women in the woman’ rights movement who were eloquent and successful lectures came to Kansas from eastern states. Some of these women included Susan B. Anthony, Elizabeth Cady Stanton, Lucy Stone, and Reverend Olympia Brown. (64)

An eloquent orator who gained a national reputation for his leadership skills. President Theodore Roosevelt appointed him to serve as Register of the US Treasury in 1906; and in 1912 he was reappointed to that position by President William Taft. He retired from government service in 1912 to return to school administration and the ministry. In 1920, he was elected to serve as the Bishop of the A.M.E. Church in South Africa where he fostered the building of churches and schools for four years. When he returned to the United States in 1924, he continued to serve as Bishop in areas throughout the Midwest and the South. He returned to Kansas in 1933 to accept an appointment by Governor Alfred Landon to serve as superintendent of the State Industrial Department of Western University. Five years later he retired and spent his remaining years in Kansas City, Kansas. (65)

Educator and bishop of the AME church.

Jackson joined Western University faculty in 1902. A music major at the University of Kansas, he built a widely acclaimed music program at Western University. Created vocal, orchestra, and band. Organized the Jubilee Singers, whose members include Eva Jesse and Douglas Holt. Western University became Nationally known as one of the best in the nation, and its music department was renowned as the preeminent training center for African-America musicians in the Midwest. In 1920, the Music program required mandatory private lessons and 3 1/2 hours of daily practice. (66)