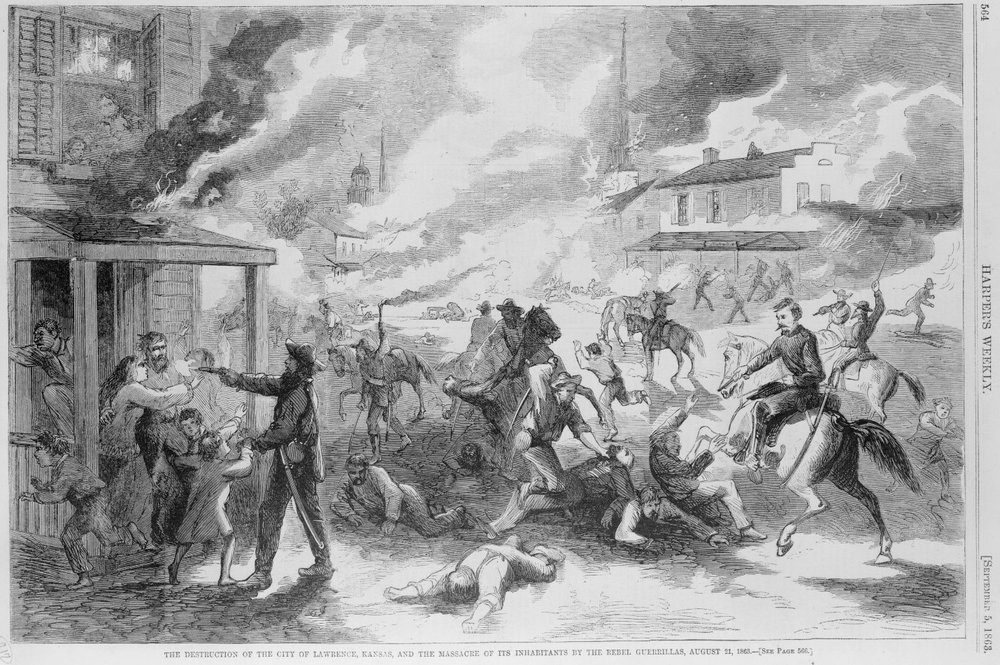 "[The evening before the attack,] how bright—how glowing with happiness and prosperity seemed the future—how little we dreamed of the horror which even then was hovering over us…"

In 1863, nine years of national and regional tensions led to the deadliest day in the history of Lawrence. This town of about 2,500 citizens had become famous as a symbol of the antislavery cause and the new state of Kansas. That August, William Clarke Quantrill—a former Lawrence resident and now a leader of Confederate guerrilla fighters—determined to destroy the town, obtain plunder, and kill its adult male residents. Striking so deep into Kansas would be an impressive achievement and avenge wrongs which Quantrill and his men believed that Union supporters had inflicted on Missourians. 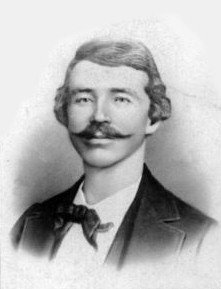 Quantrill gathered from 300-400 “bushwhackers” in Missouri on August 18 and rode for Lawrence, eluding Union troops along the way. “The attack was perfectly planned,” one witness recounted. “Every man seemed to know his place. … The order was to burn every house and kill every man."

The citizens of Lawrence had been subjected to several false alarms of attack over the previous two years of the Civil War, and the town now sat totally unprepared. Moreover, many of the male residents who could have resisted an assault were away serving in the Union Army or engaging in business.

Tap on a pin for turn-by-turn directions to that location.